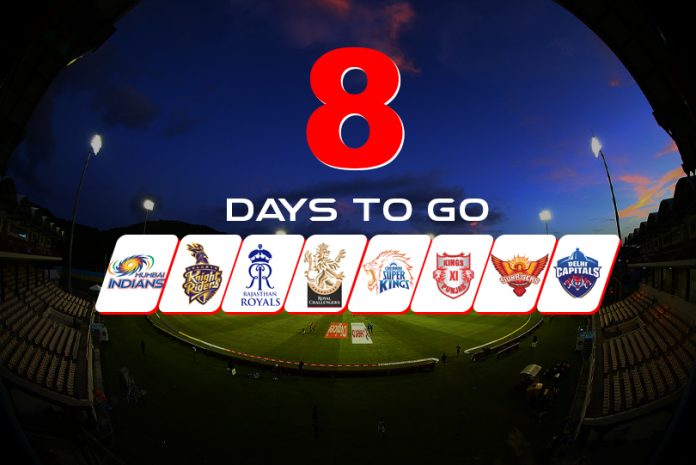 With only 8 Days to go for the 13th edition of the Indian Premier League (IPL 2020), the teams have already started formulating their penultimate plans.

Over the years, fans have witnessed some extraordinary display of cricket, some of which are too unreal to be true. From Chris Gayle hitting 175 to CSK qualifying for knockouts in every edition of IPL they played, let’s take a look at eight such records which are unlikely to be broken.

Swashbuckling Caribbean opener Chris Gayle is a terror for bowlers and has shattered a host of records with his big-hitting. Known for decimating any bowling lineup on his day, Gayle in his first season with the RCB franchise in 2011 smashed 37 runs in one over bowled by Prasanth Parameshwaran.

The first ball was a six followed by another one-off a no-ball and the next two was dispatched for fours with the last three balls went for a six, six and a four. Conceding more than 37 runs in an over is very tough to be broken and scoring 36 in one is equally difficult. Either way, this record might stay on forever.

2. CSK qualifying for playoffs in every season(IPL 2020 in UAE)

Chennai holds a unique record of entitling for the playoffs in all the seasons they have played so far. No other teams have managed to climb this feat. Since the conception of the league, Chennai under the leadership of MS Dhoni has attained in all the playoffs till 2015 before they were handed a suspension for their alleged role in match-fixing.

They couldn’t take part in the 2016 and 2017 edition of the league but returned in 2018 to qualify from the group stages and eventually winning the trophy. This is an extraordinary record for the Chennai franchise, and it will never be broken again.

In 2017 edition of the Indian Premier League, the Delhi Daredevils (now Delhi Capitals) batting line-up completely imploded while facing Mumbai Indians in a league match. The hosts eventually lost the encounter by a massive 146-run margin.

Chasing a big total of 213, Delhi were shot out for 66 in a mere 13.4 overs. The trembling win in that match also confirmed that Mumbai qualify for the play-offs.

The victory margin of 146-runs for Mumbai is one of the biggest victories (by runs) in the IPL’s history.

Chris Gayle also holds the record for the fastest IPL ton. He achieved the same in just 30 balls. This came in the epic unbeaten 175-run knock against Pune Warriors India in 2013. The forenamed fastest century in IPL was achieved in 37 balls by Yusuf Pathan in the 2010 edition of the IPL. During the knock, Gayle smacked 17 sixes – the most by any batsmen in an innings. It was one of the most amusing knocks of all time, and it is sceptical that any cricketer will be able to break it.

Boasting of some of the biggest hitters of world cricket in the likes of Chris Gayle, Virat Kohli, and AB de Villiers, RCB have always produced some remarkable moments in IPL. In the 2013-season, RCB produced an extraordinary game as they took the Pune Warriors franchise to the cleaners and set them a target of 264 runs.

Chris Gayle was at his pinnacle as he scored an unbeaten 175 off just 66 balls in one of the most memorable innings in T20 cricket. A tardy 31 off just 8 balls from De Villiers made sure that they reach a target that will stay in the record books for a long time.

7. Most runs in a single season (Virat Kohli)

The Indian skipper Virat Kohli had a sensational time in the 2016 edition of the cash-rich T20 league. He was churning out runs for lunch, breakfast and dinner, and it looked very difficult to dismiss him all through the tournament.

The 29-year-old Kohli was at his imperious best and eventually smashed four centuries alone in the tournament. It was mayhem as Kohli thrashed all the bowlers. He ended up scoring 973 runs in the tournament. Kohli further remained as the only player to score more than 900 runs in a single IPL season.

It was yet another display of sheer dominance from Virat Kohli and AB de Villiers, but this time it was against the Gujarat Lions. Batting first, RCB lost Gayle before the fourth over of the innings. That is when the show well and truly started. With Kohli and de Villiers at the crease, there was no helping the Gujarat Lions bowlers.

Despite playing under the hot conditions in Bangalore, the duo barely broke a sweat as they dispatched the bowling attack to all parts of the ground. The crowd, which had flooded in to watch their favorite team play, were treated to an absolute spectacle. Kohli and de Villiers scored 109 and 129 respectively as the Indian captain was dismissed in the final over of the innings.The Lions had to chase down a mammoth total of 249 to win. With their morale shattered after the first innings display from RCB, they were bowled out for a paltry 104 as the Bangalore-based team won by 144 runs.