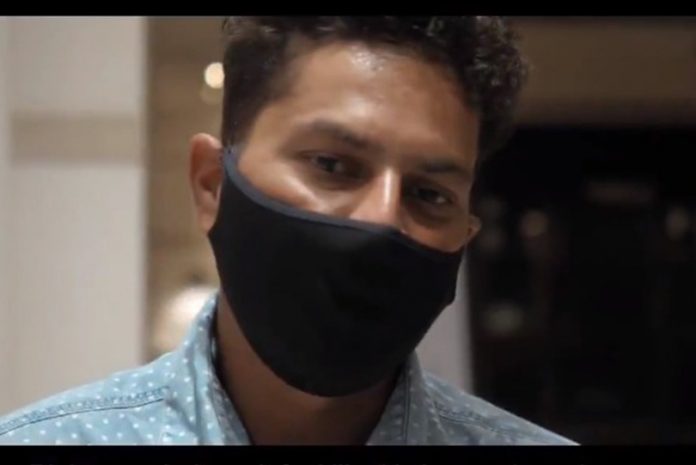 The Indian Premier League (IPL) franchises have reached UAE to compete in 13th edition of the league (IPL 2020). For the next 7 days, players are locked in their rooms. Neither they can meet their team-mates nor they can come out of their rooms. According to one of the IPL players, ‘the experience of just being to themselves and locked in one room is completely unique and surreal’.
IPL 2020 : Life in Quarantine, check the Do’s & Dont’s
– No contact with other players, teammates – only virtual contact allowed
– Players can’t even open rooms to housekeeping staff
– Housekeeping staff will keep the food plates outside the room and players can open the door only after 1 minute after the bell rings
– Wristband handed over which will track all their moments.
IPL 2020 : These 5 IPL players are giving us window to peep in their quarantine lives in UAE Hotels
Shane Watson : Chennai Super Kings
Watson was the first one to reach Dubai. Completely clueless about what to do, what not to do. Watson posted a video showing his hotel room from where Burj Khalifa was clearly visible.
Check out what he has to say ?

My 7-Day room bound quarantine here in Dubai has just started. It’s so cool to be here to get into the preparation for another exciting season of @IPL for @ChennaiIPL. #SafetyFirst #WhistlePodu #superexcited pic.twitter.com/0cdrkv0oCK

Jayadev Unadkat : Rajasthan Royals
In a video posted on Instagram, Rajasthan Royals seamer Jaydev Unadkat said, “We are not allowed to go out of the room. We have been asked to stay inside our rooms. To kill time I have bought play FIFA games.”

Kuldeep Yadav : Kolkata Knight Riders
Kolkata Knight Riders (KKR) has reached AbuDhabi on Friday evening. Kuldeep Yadav of KKR was in complete state of shock to what life in quarantine could be. He is taking the fans Inside the KKR camp and shows how players had to undergo Covid19 tests before getting quarantined to their respective rooms.
Kolkata Knight Riders too shared a video of players who landed in Dubai.while sharing the post KKR wrote”Took off from Mumbai ??
Landed in Abu Dhabi ??Checked into the hotels ?A little more wait before the #Knights are back doing what they do the best ⏳Cricket is coming your way soon ?

Took off from Mumbai ?? Landed in Abu Dhabi ?? Checked into the hotels ? A little more wait before the #Knights are back doing what they do the best ⏳ Cricket is coming your way soon ? #KKR #KolkataKnightRiders #KorboLorboJeetbo #Cricket #Dream11IPL #ComingSoon

Each player has been given one zone to exercise. Players are not allowed to move out of these zones while doing exercises.

Rajasthan Royals to be the first to share the pictures of their players doing excercises.while sharing the post RR wrote”Quarantine rituals! ??️‍♂️ along with hashtags Hallobol and Royals family.

And here it is RCB fans, the moment you’ve all been waiting for! ?@ABdeVilliers17, @DaleSteyn62 and @Tipo_Morris have joined the team in Dubai! ?#PlayBold #TravelDay #IPL2020 pic.twitter.com/l0n09ZV5Jb

Batsman Suresh Raina Who recetly announced his retirement from international cricket along with captain MS Dhoni took his Social Media Account to post his Workout Video with the Caption“Never give up on a dream just because of the time it will take to accomplish it.

“Never give up on a dream just because of the time it will take to accomplish it. …✌️?

Sixty games will be played over 53 days across three venues — Dubai, Abu Dhabi and Sharjah. In 2014, UAE had hosted the IPL partially due to the general elections in India.

The postponement of the T20 World Cup in Australia created a window for the IPL, which was supposed to take place in March-May before the BCCI postponed it indefinitely due to the pandemic.

For all information, news on IPL 2020, Keep following www.InsideSPORT.CO