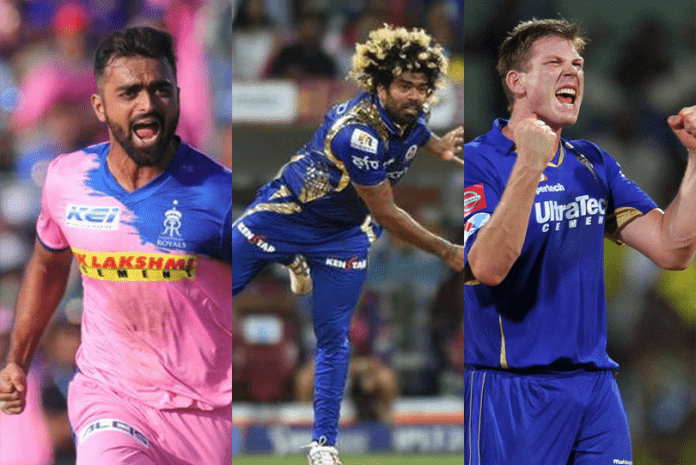 The 13th edition of the Indian Premier League (IPL 2020), is just 2 days away and will see MI vs CSK play the season opener on September 19.

A 5 wicket-haul in a match for a bowler can be calcuted equivalent to a batsman hitting a century. It is one of the match-defining and game-changing moment when a bowler achieves such a feat. IPL has been a graveyard for bowlers but there are bowlers who have completely dominated the star-studded batting line-up of the opposition. In this article, we glance through the top 5 bowlers with most five-wicket hauls in IPL history.

Amit Mishra is undoubtedly amongst the best wrist spinner in IPL history. The leg spinner has one five-wicket haul to his name. He has 157 wickets to his name in 147 matches with a strike rate of 19.75. He has three hattricks to his name in the IPL. He has been a part of both Delhi and Hyderabad based franchises in the IPL.

One of India’s best spinners of all time Harbhajan Singh makes it into the list for most five-wicket hauls in IPL history as he has more wickets than others with a five-wicket haul to their name. Harbhajan has played for two of the most successful IPL franchises, Chennai Super Kings and Mumbai Indians. He has played 160 matches and has 150 wickets to his name.

IPL’s most successful bowler Malinga has played for Mumbai Indians and has been integral to their success. The Srilankan fast bowler has been a dominant force in world cricket and has most wickets in IPL history. He has 170 wickets in 122 matches with a strike rate of 16.62. Lasith Malinga showed that he has a lot of gas left in his tank when he helped them win the 2019 IPL final. He will be crucial to Mumbai’s success this time around as well with Bumrah having injury concerns.

Jaydev Unadkat has attracted big bids in the recent IPL auction. His best season came while he was playing for Rising Pune Supergiants under the captaincy MS Dhoni as he took 24 wickets in 12 matches. He was a part of Rajasthan Royals squad in the 2019 season, a season that didn’t go according to plan for him. He has two five-wicket hauls in IPL and is ahead of Faulkner in the list for most five-wicket hauls in IPL history due to him having more wickets. The Indian pacer has 77 wickets in 73 matches with a strike rate of 19.55. He once again needs to prove his worth in the upcoming IPL season for him to be even considered for the Indian team that will take part in the 2020 T20 World Cup in Australia

James Faulkner is amongst one of those bowlers who dominated cricket leagues during his initial years but ever since his back of the hand slower ball has been spotted he has had a tough time. Faulkner’s IPL performances laid the foundation for his international call up. He has 2 five-wicket hauls and is second in the list for most five-wicket hauls in IPL history. The Australian fast bowler has 59 IPL wickets in 60 matches with a strike rate of  20.79