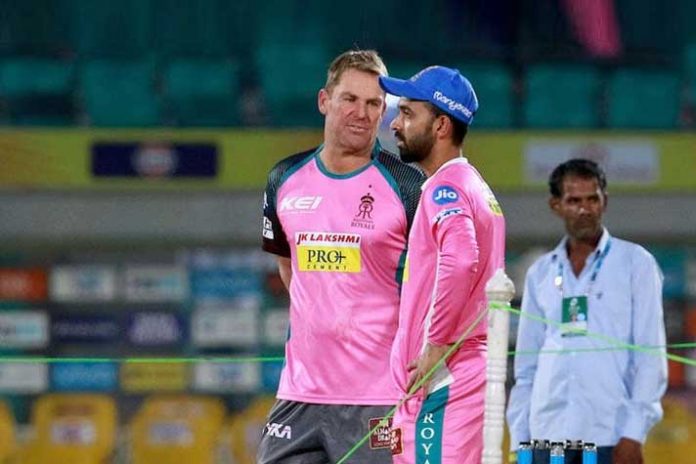 Rajasthan Royals have announced their new look for a new season in a new style – Hall Bol. The occasion to launch new Rajasthan Royals colours for the Indian Premier League season (IPL 2019) was conceived as an event broadcast live on Star Sports network.

The team turns PINK – the colour of their home City Jaipur.

The new-look franchisee has also introduced their former captain and mentor Shane Warne in a new avatar – the Rajasthan Royals Brand Ambassador.

After a decade of their presence in the world’s biggest Twenty-20 competition, the Indian Premier League, Rajasthan Royals have announced an updated brand identity with a new colour and its Royal Brand Ambassador for the IPL 2019.

Rajasthan Royals is turning PINK after the huge response from the fans last season and the deep routed link between the colour and the State of Rajasthan. Jaipur is known as the Pink City, Jodhpur is famous for pink sandstone and Udaipur produces pink marble. Pink, therefore, is best suited as the official colour of Rajasthan Royals, which will also help the fans identify and celebrate their team. 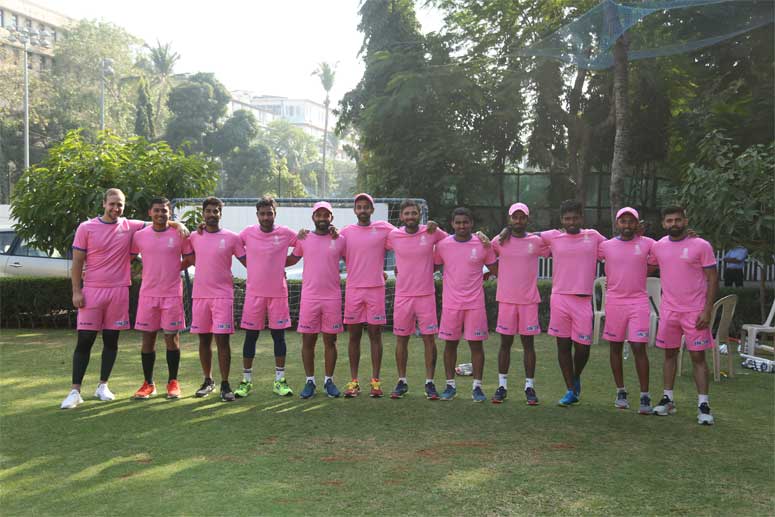 In all, the new look expresses Rajasthan Royals as a team that is reinventing itself taking into consideration the commitment of their fans. However, at the same time, the new look has been adopted keeping in mind the innovation and quality care to improve team’s performance.

“We are extremely happy to announce our official colour as ‘PINK’. This is an exciting change for us and marks a strategic move in the direction of what we are trying to build our brand into – a fan driven team that finds ways to win from anywhere,” says Manoj Badale, Lead owner, Rajasthan Royals.

Also Read: Shastri not for all IPL 2019 matches to World Cup-bound players: Report

In addition to this, Rajasthan Royals have officially announced the return of their First Royal Warne in yet another exciting role this year, that of a Royal Brand Ambassador. The ace legspinner will make several trips to India to help the Rajasthan Royals launch the Pink, build their international fan-base and wow the sponsors with his exceptional cricketing knowledge and foresight.

Shane Warne has been very closely associated with the team since its inception and immortalised Rajasthan Royals after leading the team to title win in the inaugural year in 2008. His captaincy, drive and intensity with which he led a bunch of youngsters to dizzying heights of success is part of a cricketing folklore. He went on to captain the team for four seasons until 2011, after which he retired from all forms of cricket. The 11th edition of the IPL saw Warne returning to Rajasthan Royals as a mentor.

Warne is excited to be back with the Royals. “I’m very happy to be back with the Royals and I’m grateful to the team and the fans for their constant support. It was important for us to retain our established values but at the same time develop a new and modern identity. I am already in love with the new look of the team and hope the fans will love it too,” commented Shane Warne.

“We feel that the time is right for us as a brand to invest further into our marketing strategy and create an even stronger brand presence both on and off field, hence having our First Royal Shane Warne to lead from the front as a Royal Brand Ambassador was important. We welcome him back once again and hope for an exciting IPL season ahead,” added Badale.