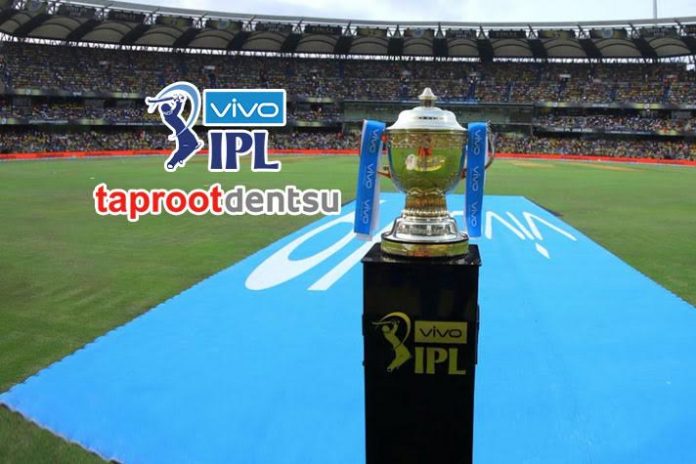 Taproot Dentsu has won the mandate to be the official creative agency for the Indian Premier League 2019.

The Dentsu Aegis Network creative agency has replaced Ogilvy India for all the creative mandate for the Indian Premier League 2019. The Taproot Dentsu masterstroke will bowl Oglivy India out on the IPL pitch for the first time in 12 years, according to business daily Economic Times.

Taproot Dentsu will work on all the creatives for the IPL 2019. “Taproot has done some superb work in the past and their ideas for IPL were fantastic. We will roll out the campaign created by Taproot Dentsu very soon,” the paper has quoted a ‘highly-placed’ source as saying.

The creative agency has also launched another major creative in cricket – the cricketnext.com campaign with Anil Kumble.

The BCCI announcement to have all the IPL 2019 games in India in spite of the general elections has come as a major boost for the league’s ad and sponsorship sales.

The IPL 2019 is tentatively is scheduled to start from March 23. The formal schedule though will only be announced after the General Election dates are released by the Election Commission of India.

After the BCCI announcement to conduct the entire IPL 2019 in India, Star India has reportedly signed 9 major brands in the deals worth ₹ 750 crore. The broadcaster as reported by InsideSport.co earlier is targeting ₹ 21,000 crore.

Even as the news of the IPL 2019 not being moved out of India has come as a big relief, the this will certainly face an ad-spent split with the ICC World Cup in England and Wales from May 30 and the news platform, which will have an enhanced traction in wake of the Lok Sabha elections.