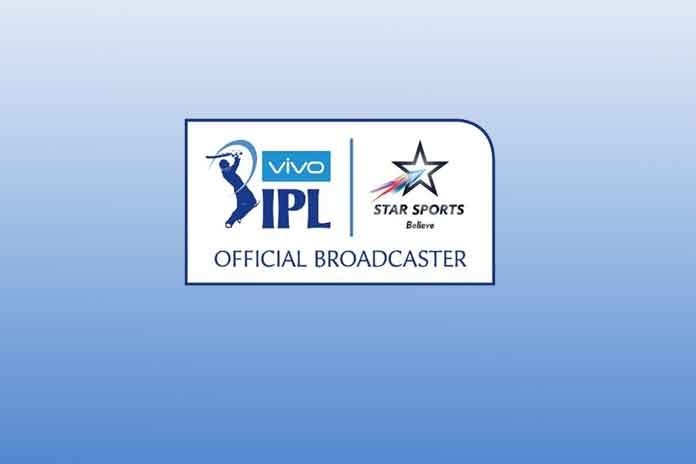 In the year of the ICC World Cup, Indian Premier League host broadcaster Star India is targeting ₹2,100 crore from advertisement sales. The broadcaster is seeking a major push from its regional channels and the OTT platform Hotstar.

Star India has reached out to the market with its sales pitches even as the league schedule and venues have not been finalised as yet. The league last year has generated ₹ 1,800 crore in ad sales. The broadcaster, according to sources associated with sales, is targeting to reach up to ₹ 2,100 crore this season.

With three regional channels – Tamil, Telugu and Kannada – added to the Star Sports bouquet and plans for a live Bangla feed, the broadcaster is seeking a major push from sports regional market and a considerable gain from its OTT Platform Hotstar, which has performed exceptionally well with the IPL 2018. 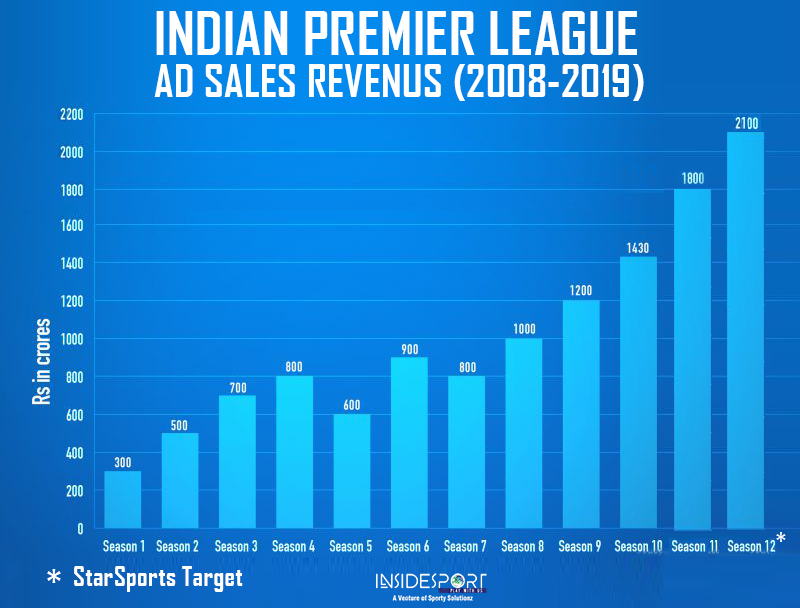 The uncertainty about the IPL venues and schedule, upcoming general elections and the ICC World Cup in England and Wales will influence the brands to split their marketing budgets. Amidst this competitive scenario, Star has hit the market earlier than expected. While the uncertainty over the IPL venues and schedule and the General Elections are beyond the broadcaster’s control, it will be targeting to leverage the ICC World Cup 2019, between May 30 and July 14, to push the IPL sales.

Also Read: IPL 2019: BCCI gearing up to take league out of India

Star, being the International Cricket Council media rights holder, will also be the exclusive broadcaster for the ICC World Cup 2019. This gives it an advantage to club the IPL and ICC World Cup advertisement packages. The World Cup following soon after the IPL also works for the broadcaster’s and the brand’s advantage if the packages are clubbed.

However, the Star India as of now is selling the IPL separately. Insidesport.co is in possession of the IPL ad sales pitch.

The advertiser meanwhile is waiting patiently for the announcement of the IPL schedule and venues. A likelihood of the IPL games outside India will also impact the advertisers’ IPL strategy to some extent. “When we invest in a sport event, we also plan other activations with our distributors and clients. That becomes a little too difficult for us if the league is not happening in India. It does not mean that we will not invest in the IPL. But we will certainly need more clarity to finalise our IPL plans,” marketing head of one of the leading advertisers in cricket said on condition of anonymity.

Insidesport.co has also learnt reliably that Star India has made a joint IPL and the ICC World Cup sales pitch in the powered by and associate category to a couple of top advertisers. However, no serious discussions have started yet as “the market is still warming up to the idea. The joint IPL–World Cup package in the powered by and associate category is priced between ₹ 350 crore and ₹ 400 crore”, a source has confirmed.

“I don’t see the general elections making a major impact on the sports budget for the IPL. Still there will be a consideration for news. The IPL and the World Cup coming together are certainly going make it challenging for the broadcaster to realise the ad sales goals. If Star is targeting ₹ 2,100 crore from the IPL, the market will need around ₹ 4,000 crore for the two elite events,” a leading media buyer said.

“It’s too early to say whether the brands have that kind of fund allocations for marketing. Both the events happen in the next financial year. But it is not going to be easy for the market as well.”

Star India has acquired the IPL media rights for ₹16,347.5 crore for a five-year cycle. This amounts to an approximately ₹ 54.5 crore per match. As Star will up the ante to make it’s IPL account profitable, it will be interesting to see whether the advertisers and sponsors will be ready to spend over ₹ 15 lakh for a 10-second ad slot.