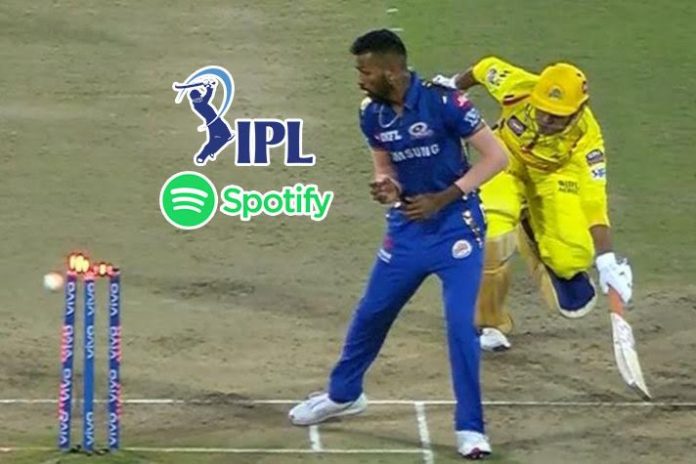 Spotify India celebrated the Indian Premier League (IPL) 2019 final with the fans in a unique manner. The Indian arm of the Swedish audio streaming platform used the @spotifyindia handle on Twitter to post a playlists offering song for each delivery of the IPL 2019 Grand Finale.

For this year’s IPL finals, Spotify India rode the cricket wave using their product promise – 3 billion playlist. The initiative executed by 22Feet Tribal Worldwide included the sharing of a playlist from the first ball to the last.

“In an IPL game, and especially a final, anything can happen! One ball can be a complete dud, and the next an absolute game-changer. Leveraging this unpredictability, we contextualized Spotify’s music catalogue for the Indian audience by identifying real life moments for cricket fans as they happened and tweeting a playlist that reflected the mood,” says Suyash Barve, Group Creative Head, 22Feet Tribal Worldwide.s

Using the @spotifyindia handle on Twitter playlists were posted for each delivery on ground. From each single to every big six, each wicket to a one-off wide there was a relevant playlist.

The hashtag #HarBallPePlaylist showcased the depth of Spotify’s catalogue by taking on a challenge that’s wholly unpredictable. No matter which way the match swung, a tweet was posted on @spotifyindia within seconds of the ball being bowled, with playlists for the innings break, the DRS (Decision Review System); even for specific players.

Over 250 tweets, sent out during the four-hour action, garnered a reach of 4.45 million, owing to the hundreds of unique consumers who engaged with the brand during the match, including sports influencers such as Sir Jadeja, Team MS Dhoni fan clubs, amongst others.