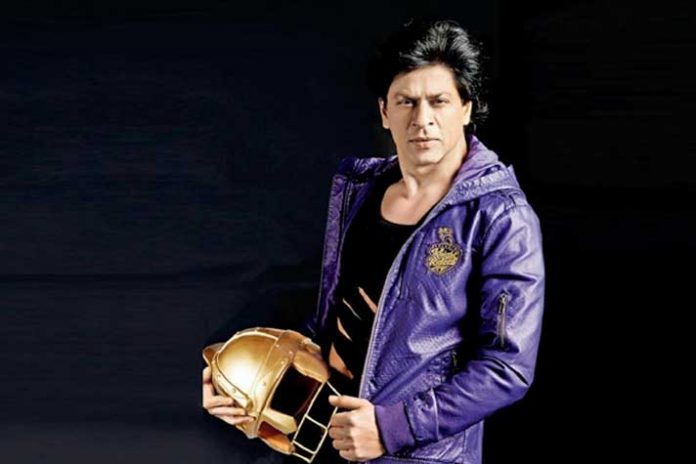 Shah Rukh Khan will inspire Kolkata Knight Riders to run… run…  and run in his own voice as the team enters Indian Premier League 2019 in chase of their third overall IPL title and first since 2014.

There seems a realisation in the camp as the Kolkata Knight Riders get into the IPL 2019 with a new team anthem. The spirit of ‘doing, fighting and winning’ (Korbo Lorbo Jeetbo) has not worked for the team since their last IPL title triumph five years ago. The new anthem, recorded in King Khan’s voice, inspires the team to run.. run.. run.

Shah Rukh, according to entertainment news platform Bollywoodhungama.com, was not keen on singing the anthem. However, he was persuaded by composer Bappi Lahiri. The anthem Run Run Run is reportedly a peppy number designed to motivate the players. Bappi Lahiri along with  son Bappa has composed and arranged the track.

Having given his nod to sing the anthem, King Khan reportedly rehearsed for several days before recording it. The outcome is said to be impressive. Not a trained singer, he has also sung the popularly number ‘Apun Bola, with Aishwarya Rai for movie Jalsha.

The Shah Rukh Khan and Juhi Chawla co-owned Knight Riders have won the IPL title in 2012 and 2014. With two titles, the Knights are among the top three most successful IPL teams only behind Chennai Super Kings and Mumbai Indians, who both have won the crown three times apiece.

IPL 2019 Fixtures: Announcement likely to be made next week