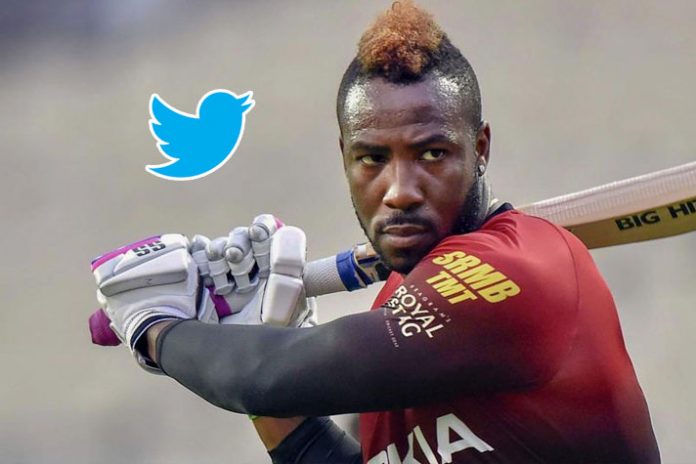 This Indian Premier League (IPL) 2019 season Andre Russell is a rage from the field to twitter.

Andre Russell – Dre Russ (@Russell12A) – has been in spectacular form in this IPL. From chasing mammoth totals, to setting outlandish ones, Russell has done it all this season. His 13-ball 48 though, made the biggest impact on and off the field. The knock helped Kolkata Knight Riders (@KKRiders) snatch victory from the jaws of defeat against winless Royal Challengers Bangalore, and fans on Twitter couldn’t stop raving about it.

The KKR hard-hitter Caribbean’s 13-ball 48 in successful chase of the 205-run target set by the Royal Challengers Bangalore is the most tweeted about moment on Twitter.  The knock also ensured that KKR became one of the top 3 mentioned teams on Twitter between April 1 and 7, the social media platform has stated in a Press release.

The match which saw Russell’s scintillating knock, remained one of the fan favourites through the week. No wonder it became the 2nd most tweeted about match.

Most Tweeted about matches:

Russell’s knock also ensured that KKR became one of the top 3 mentioned teams on Twitter.

While Russell and KKR did rake in the accolades, Virat Kohli received some flak for his side’s performances. Ok, not some, quite a bit. As a result, he was the most mentioned player on the platform.

Here are the most trended hashtags related to IPL in week 2:

2. Its been 6 years since he retired from cricket but the chant never gets old… Never will …Sachin Sachin for life? #OneFamily pic.twitter.com/K3sAB75bEd

3. #Throwback #IPL 2018: Remember the ? that broke the internet the last time we were in #Chennai ?@iamsrk @msdhoni #CSKvKKR #SRK #KKRHaiTaiyaar pic.twitter.com/SOcOchHiXX