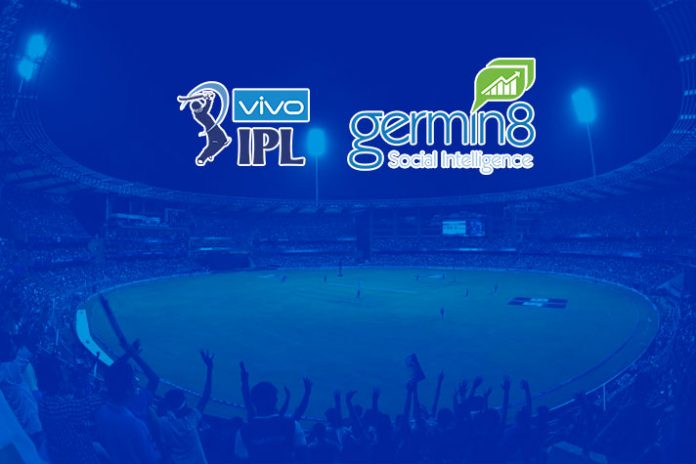 Royal Challengers Bangalore remain the top scorers in social media conversations on Indian Premier League (IPL) 2019, in spite of finishing at the rock bottom of the league table. The team, in spite of a series of failures, kept cricket fans more engaged than the one of the most successful teams Chennai Super Kings and Kolkata Knight Riders.

Germin8 has captured all IPL 2019 social media conversation in real time. A report by the social media analytics brand also reveals that the captains were the most common mentions for their respective teams, Rishabh Pant stole the limelight from Shreyas Iyer when it came to Delhi Capitals.

Dr Ranjit Nair, CEO and Founder of Germin8 Solutions, says, “We, at Germin8, use Germin8 Social Listening™ which helps us understand the current public interest and sentiment on various trending topics happening in India. Germin8 collects conversations from across all social media platforms and using AI analyses these conversations in real time and converts them into industry-specific actionable insights.  In the case of the IPL, we have four extremely talented teams that have got past the league stage which includes Chennai Super Kings and Mumbai Indians who have won the tournament three times each before. It’s difficult to predict what’s going to happen. It’s an open tournament. But what we can help with is analyse the thoughts and feelings of the passionate Indian IPL fans.”

The Germin8 analytics on social media following and activations around IPL highlight the following facts:

Mumbai Indians have made it to the final slated for Sunday, May 12. Chennai Super Kings and Delhi Capitals will battle it out in the second qualifier on Friday for the remaining berth in the final.