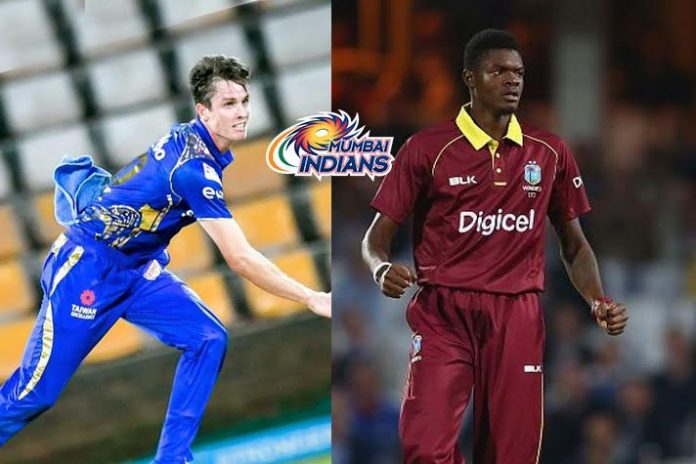 Mumbai Indians have signed West Indian pacer Alzarri Joseph after their New Zealand import Adam Milne was ruled out of the Indian Premier League (IPL) 2019 due to a heel injury.

The 26-year-old Milne has been forced to pull out without playing a single IPL game this season.

“Mumbai Indians have picked Alzarri Joseph as a replacement for the injured fast bowler Adam Milne for the IPL 2019,” the IPL said in a statement.

“Joseph has featured in nine Tests and 16 ODIs for the West Indies so far,” it added.

Joseph, a right-arm pacer, has picked up 25 Test wickets and 24 ODI wickets for the West Indies.

Joseph’s known for his express pace back in the Caribbean and will bolster MI’s quick-bowling options. He’s represented the Windies in nine Tests as well as 16 ODIs so far, taking 25 and 24 wickets in the respective formats. A part of the 2016 U-19 squad that won the World Cup, Joseph was a driving force for Windies in that tournament and ended it as his team’s leading wicket-taker (13), including a Man of the Match performance of four for 30 against Zimbabwe in the group stage. Coincidentally, that tournament also saw him dismiss a young Ishan Kishan, who he soon will be sharing the dressing room with.

Joseph becomes the latest player from the Caribbean to join #OneFamily. The three-time champions have a rich and successful history with West Indian talents. The likes of Dwayne Smith, Lendl Simmons, Kieron Pollard and Evin Lewis have all left their mark on MI’s glorious past and Joseph will be hoping to do the same.