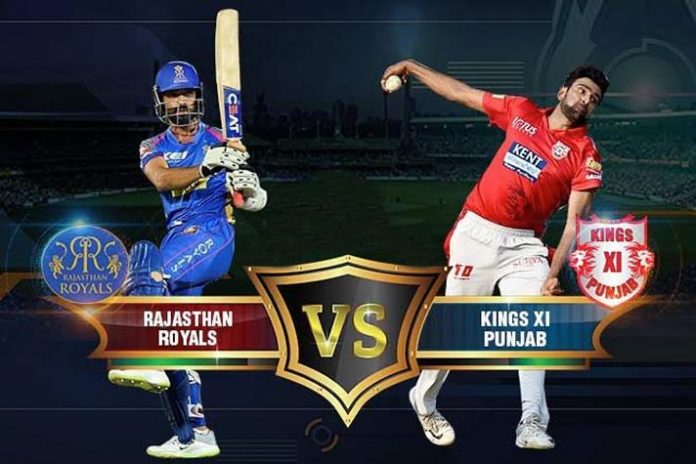 The revamped pinks Rajasthan Royals is all set to meet the Punjabi Kings in their opener campaign of the 12th season of the Indian Premier League (IPL)  at the Jaipur’s Sawai Mansingh Stadium today.

The Royals have a new colour, a new jersey and some new faces too, as the pinks look to get their journey in the twelfth edition of the celebrated tournament off to a winning start. While the Armed with aspirations and a younger squad, Kings XI Punjab is also looking for the victorious opening campaign at the Pink City as the Kings(Shers) head to Jaipur with the aim to paint the city KXIP red.

In a tournament like the IPL, getting off to a good start is an integral part for any team as it helps build the fruitful momentum for the team, easing the qualification pressures in the process. Therefore, KXIP would be hoping for a good start of KL Rahul and the in-form Universe Boss Chris Gayle, along with a tight bowling performance from the likes of Ashwin and Mujeeb to stay on top of the game. Playing on a ground that hasn’t been very successful for the Kings, it is necessary that all their big guns fire to get the team across the line and build momentum.

For Rajasthan, playing at home and having a full squad available for selection will be the greatest advantages, with former captain Steve Smith returning to the team. However, they would be guarded against this young and extremely unpredictable Kings XI Punjab side who are well and truly capable of springing up a surprise.

The match will also be streamed live on Star’s OTT platform Hotstar.