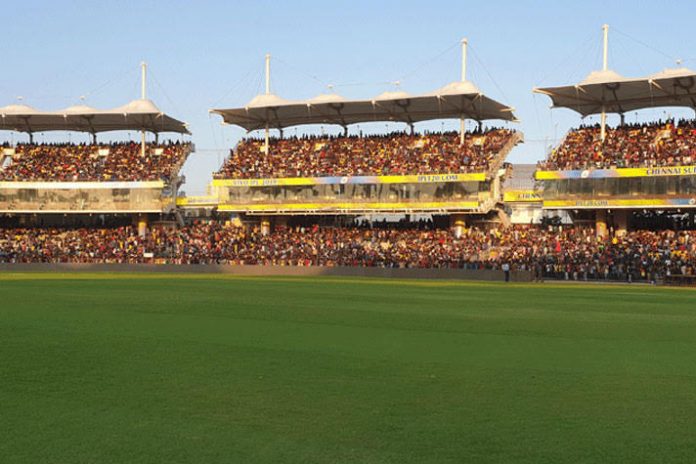 Indian Premier League Kings return to their domain with the aim of ruling the Indian Premier League yet again people throng the citadel in plenty. The crowd turnout at the Chennai Super Kings practice game yesterday (Sunday) would put many an international games in shame for total attendance.

The IPL heat in Chennai was on as the Chennai Super Kings launched their action for the title defence with a practice game at their home ground MA Chidambaram Stadium on Sunday (yesterday).

The long queues at the Chepauk on Sunday gave an early glimpse of what is going to unfold there on Saturday next when Mahendra Singh Dhoni leads is Champions Chennai Super Kings against Virat Kohli-led Royal Challengers Bangalore.

IPL 2019: It is Dhoni versus Kohli excitement in the season opener

Saturday evening had more than 12,000 spectators cheering the Yellow Brigade as Suresh Raina and skipper MS Dhoni enthralled the crowd. It was just a training game between two teams divided from the Chennai Super Kings squad. Winning or losing didn’t matter. There were no combines to back passionately. But the crowds remained passionate for the Chennai Super Kings. That charisma makes the Yellow Lions the IPL Champions – both on and off the pitch. In runs. In revenues. In sponsorship sales. In matches. Just for being in the heart of millions of people.

Chepauk reverberated to chants of “Dhoni, Dhoni”, “Raina, Raina” and “CSK, CSK” as close to 12,000 fans filled up the three stands opened to spectators on Sunday for defending champions Chennai Super Kings’ intra-squad practice match ahead of the upcoming 2019 VIVO Indian Premier League season, CSK has stated on their official website.

The huge turnaround of passionate fans for the practice game left many of the players amazed at the display of love, loyalty and affection for the much-loved and the most decorated franchise in the competition.

“For a CSK fan, just a glimpse of MS Dhoni is a great thing. Watching him practice is double delight and not to forget entry is free for this game,” 24-year-old V Raghav said. “I expect around 15,000 fans will come to watch the game,” he added.

The Lions won a third crown in their seventh appearance in the final last season to level with Mumbai Indians for most titles in the competition. CSK also extended their record of qualifying to the Playoffs to all nine seasons that they have participated in.

“I’ve come to watch Dhoni… he’s a gentleman cricketer and very close to my heart,” 35-year-old businessman M Hasmukh said even as he hurried with his daughter to join the long queue for entry.

It is well known that CSK and their multi-million strong fan base across the globe share a special bond – one that has been built on trust, loyalty and the team’s consistent performances since the inaugural 2008 season.