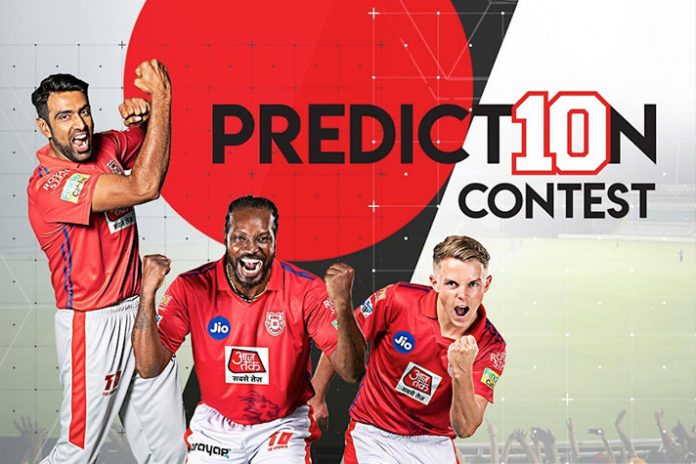 Kings XI fans stand a chance to win signed jerseys of their favourite KXIP players. At no cost. All they need to do is predict theShers’ batting score after ten overs.

The fans predicting the right score and the number of wickets after 10 overs of the Kings XI Punjab innings in their home game against Royal Challengers Bangalore tomorrow (Saturday) will bag the coveted jersey.  The one fan with the correct or closest answer stands the chance to win the Red jersey.

The online contest is running on the KXIP website where the fans will have to leave their prediction in the provided comments box before the end of the power play overs of the  Kings XI Punjab’s innings. The entries will close with the last ball of the sixth power play over.

However, if the match is abandoned on or the 10th over of the KXIP innings is not completed the contest will be cancelled. In the event of multiple right answers the KXIP management will pick one winner at their sole discretion.

The contest will be open only to the Indian residents who have a valid postal address in India.

Kings XI Punjab with four wins from seven encounters are placed fourth in the eight team league behind Chennai Super Kings, Kolkata Knight Riders and Mumbai Indians. Their opponents on Saturday, Royals Challengers Bangalore are yet to taste a win as they go out against the Mohali-based team for their seventh match of the season.