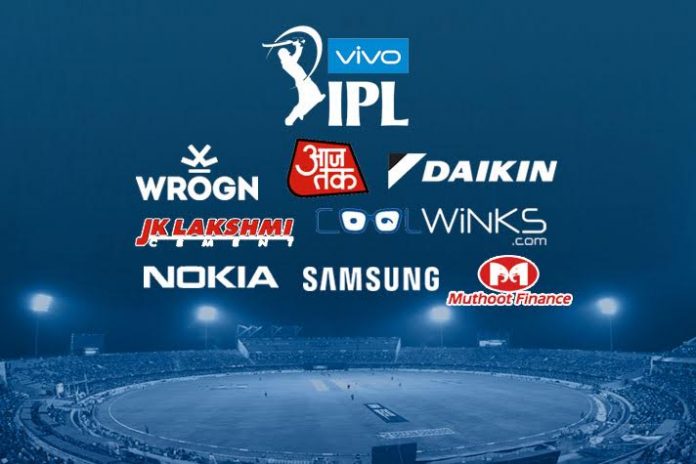 Reliance Industries mobile telecommunications giant Jio will be one common factor for all the eight teams for the Indian Premier League (IPL) 2019 season. Whichever team wins, Jio will be the natural winner that is the kind of sponsorship connect India’s single largest mobile network has established with the IPL 2019 franchisees.

India’s leading news channel Aajtak has replaced water purifier brand as the title sponsor Kent RO for King XI Punjab, which also has roped in a new Principal Sponsor Bhageshree Infra Private Limited. The team has inked the title deal hours before the start of the season, but a formal announcement is still awaited. 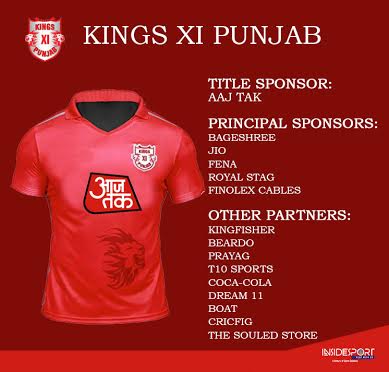 The new look Delhi IPL franchisee, enters the new season with a new management, a new name – Delhi Capitals, and a new team leadership. But leading sponsor Daikin Air-conditioners has reposed its faith in the team that is in search of its maiden IPL title. 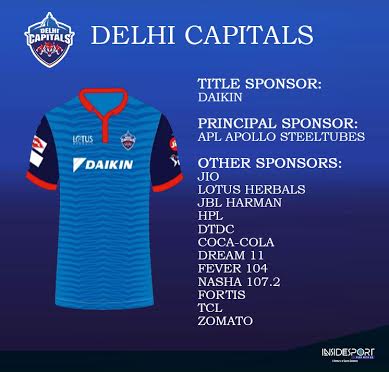 Three-time IPL champions Mumbai Indians have managed to win back their title sponsors Samsung Electronics even as the Korean electronics giant was initially reluctant to renew the deal. Viacom 18’s Colors entertainment channel is the Principal Sponsors. 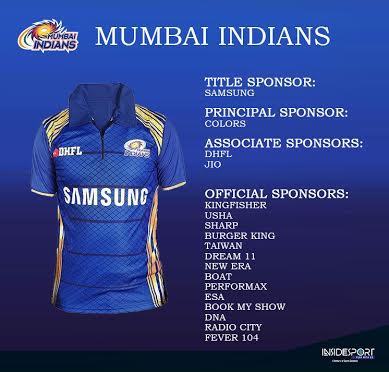 Online optical company Koolwinks.com has replaced ErosNow movies as the title sponsors for SunRisers Hyderabad. Who will still support parent company Sun Group’s radio brand 93.5 Red FM is one of the key sponsors. 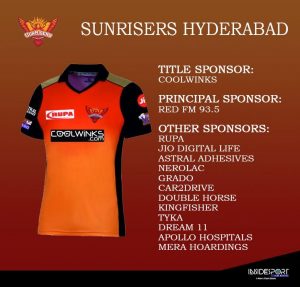 Royal Challengers Bangalore will not have the Virat Kohli influence as the team captain. Kohli’s co-owned lifestyle brand Wrogn is also the title sponsor of the team. The RCB, who in spite of mega stars in their ranks are yet to taste an IPL title triumph, have also got Pillsbury Atta and Valvoline lubricants as two new sponsors for the season. 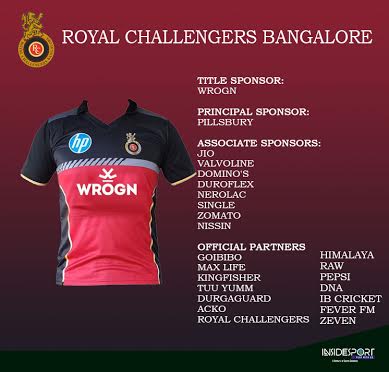 Kolkata Knight Riders have retained the faith of most of the majority of their commercial associates. Nokia, in spite of its shrinking market, has pledged for one of the most expensive IPL sponsorship opportunities as the KKR title. It may be said Shah Rukh Khan’s commercial charisma works no less than the team’s potential. 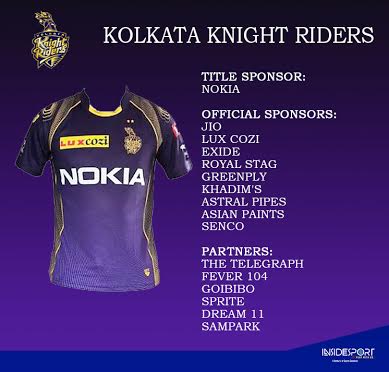 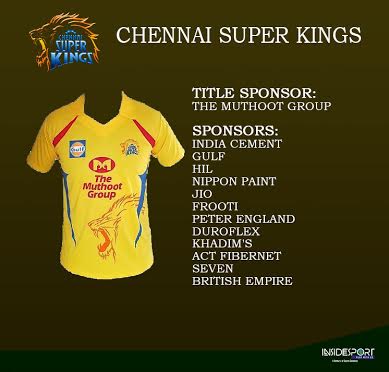 Rajasthan Royals have painted the team PINK, in synch with the colours of the city of their origin – Jaipur, the Pink City. JK Lakshmi Cement has cemented its bond with the Royals of Rajasthan. 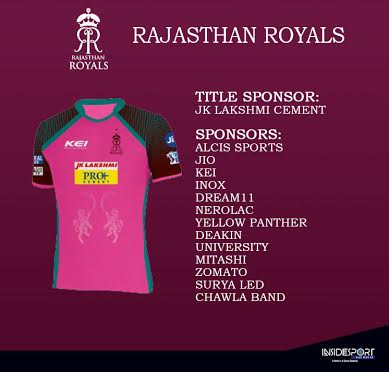 According to sources, Kings XI Punjab has got the least value for its title Chennai Super Kings, Mumbai Indians and Kolkata Knight Riders have got the best deals, believed to be close to 200% higher than most of the other teams. The value of the CSK and MI is reported to be around ₹ 18 crore, whereas the other team titles are closed between ₹ 8 crore and  ₹ 10 crore and Kings XI Punjab is much less.