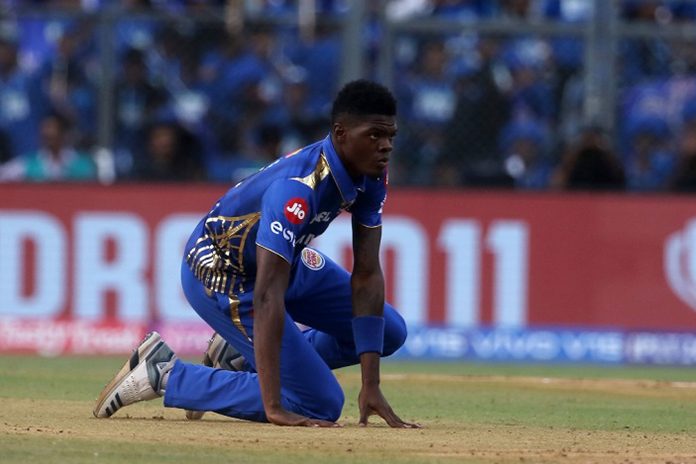 Mumbai Indians on Monday suffered a blow with West Indies fast bowler Alzarri Joseph being ruled out of the ongoing IPL with a shoulder injury.

The Antiguan youngster took a bad tumble while trying to prevent the ball from reaching the boundary in an IPL game for Mumbai Indians against Rajasthan Royals on April 13.

“He has dislocated his shoulder and is out of this IPL season,” sources told PTI on Monday.

Joseph, a late replacement for the injured New Zealand pacer Adam Milne, had a sensational debut in the T20 league against hosts Sunrisers Hyderabad on April 6 when he grabbed a League-best 6-12.

But his joy was shortlived as he conceded 53 runs in three overs against Rajasthan before getting injured badly by landing on his shoulder close to the boundary line. He was then forced to leave the field.

Mumbai Indians have the option to ask for a replacement for the remainder of their engagements but they are unlikely to enforce that choice, it is learnt.