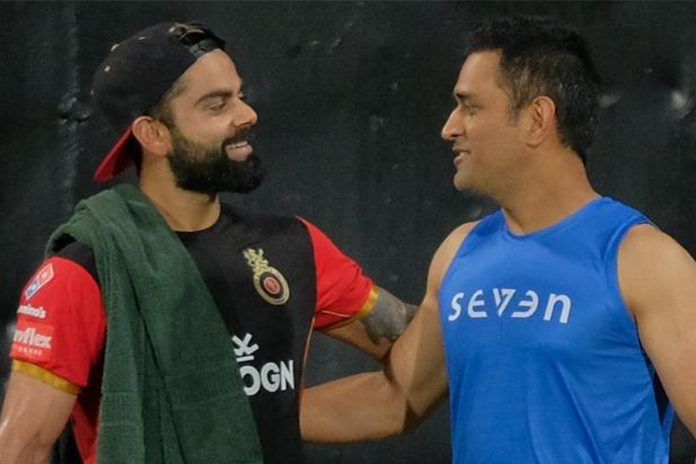 MS Dhoni is the most successful captain by far this Indian Premier League season. Virat Kohli the least. However, when it comes to trending on twitter the two biggest brands of Indian cricket are taking the social media platform by storm.

When RCB took on CSK in week 4 of the IPL 2019, it saw two of Indian cricket’s biggest faces go head to head: MS Dhoni (@msdhoni) and Virat Kohli (@imVkohli). The match saw a Kohli hundred and a Dhoni masterclass. The result was an incredible game of cricket, and fans going crazy on Twitter, sates a Press release by Twitter.

Most Tweeted about moments

It was no surprise that King Kohli’s ton made it to the top three most tweeted about moments from Week 4 of the IPL. However, it was bettered by an almost perfect knock by MS Dhoni. With Chennai needing 26 runs off the last over, Dhoni managed to smash Umesh Yadav all around the part. With 2 needed off the final delivery, Dhoni failed to get bat on ball and Parthiv was able to complete a stunning run-out. Regardless, this enthralling final over became the most tweeted about moment from Week 4.

Most Tweeted about matches
A match that has a 100, a last ball finish, and two greats of Indian cricket. It’s not hard to imagine why #RCBvsCSK became the most tweeted about match in the week. The 2nd most was also a game featuring RCB, one that Andre Russell almost won for KKR from a losing position.

Most tweeted about Teams
Despite the exhilarating cricket on display from CSK and RCB, it was MI that was the most tweeted about team from the week. This courtesy their wins over RCB and DC.

MS Dhoni: Their ‘very own Ranchi boy’ and much more