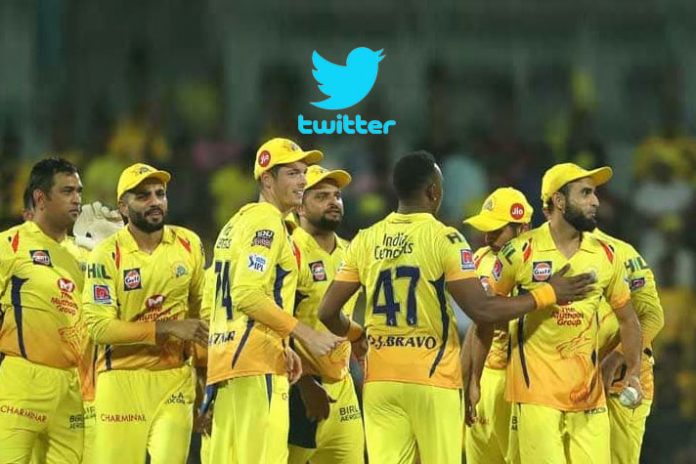 Defending champions Chennai Super Kings have been in fine form on the field in the ongoing Indian Premier League (IPL) 2019, winning their first three matches before Mumbai halted the victory march at home on Wednesday.

The Yellow Lions have also made a strong impact on the social media platform Twitter where Chennai Super Kings‘ wins have been felt glaringly. Fans have taken to Twitter to celebrate CSK’s impressive start to the season, making it the most talked about team in the first week of the IPL 2019.

CSK’s skipper MS Dhoni has led the conversation on Twitter, not just for his captaincy but also for his batting. His unbeaten 75 off 46 balls against Rajasthan Royals had the fans rally around him on Twitter.

Another proof of CSK’s dominance on Twitter is the fact that their fans have been loudest on the platform. #WhistlePodu was the top trending hashtag through the first week of the IPL, followed by Mumbai Indians #CricketMeriJaan.

Cricket to us was more than play,
It was a worship in the summer sun
T&C: https://t.co/aWTsetzFj4 #OneFamily #CricketMeriJaan #MumbaiIndians #MIvCSK pic.twitter.com/03psEUaEwM

While Chennai have dominated a bulk of the conversation, the controversial no ball that impacted RCB negatively was the most talked about moment. That being said, Chennai still did make it to the top three of this list.

However, the Yellow Brigade of Mumbai doesn’t find a place among the top five most Tweeted about