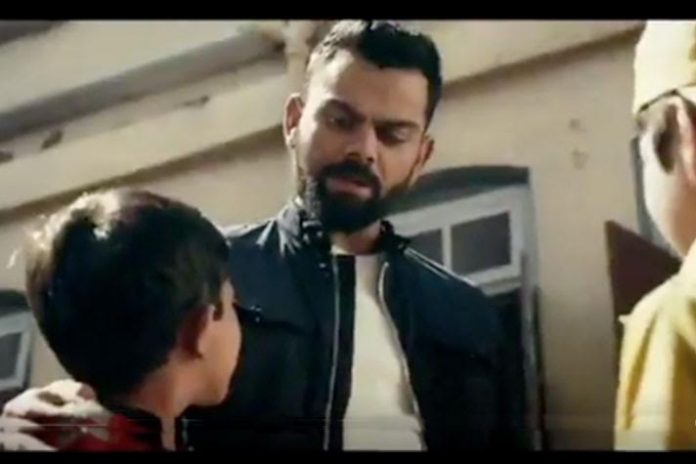 If you have game, you will have fame too. #GameBanayegaName. The message is loud an clear in Star Sports new campaign TVC for the Indian Premier League (IPL) 2019.

People have their heroes. People follow stardom. People copy the style and success of their sporting heroes and success stories from all walks of life. But the ones with the potential to be icons stick to their true self. They are the ones destined for stardom and meant to be followed. This is the essence of Star Sports new campaign video, shot with non-descript kids who emulate the IPL icons and wish to play in their guise.

A Gayle, a Dhoni, a Dhawan, a Rohit these kids find in themselves. But then there is one who is not even happy to the biggest of them all – a Virat Kohli. He is the one who wants to stay his true self and prove his mettle. He is confidence personified even to impress even Virat Kohli, who makes a cameo appearance towards the end of the one-minute video – #GameBanayegaName.

When friends laugh the gutsy boy off, Kohli steps in with the message, “there is nothing in the name. It is important to have game”. That is the essence of the Star Sports TVC #GameBanayegaName.

This video goes beyond promoting the Indian Premier League 2019 broadcast on Star Sports network channels. Spirit of the video shall inspire many a youngster to be the icons for their generation. A work well done. A thought provoking act.