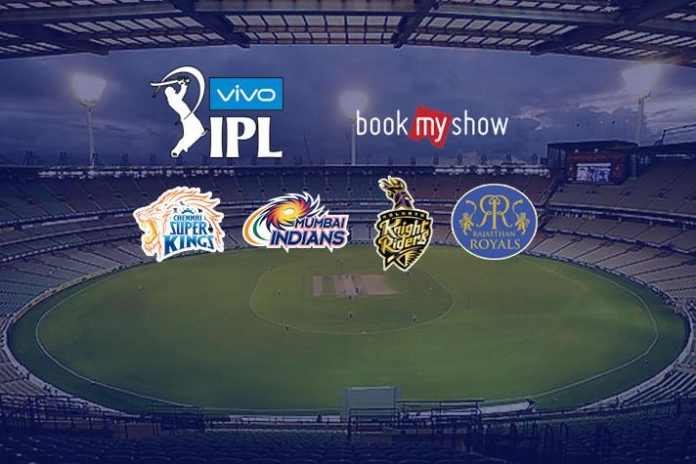 The online ticketing platform has exclusively tied-up for the Indian Premier League 2019. This means India’s leading online ticketing website has got its hand on 50% of the available IPL tickets this season.

Chennai Super Kings will host Royal Challengers Bangalore at the MA Chidambaram Stadium in Chennai on March 23 in the season opener. This means the ticket for the season opener will only be available at BookMyShow, which will be opening the sales for all the our franchisees home games tomorrow, March 9.

As part of the deal, BookMyShow has got the mandate to sell the tickets for the home games of Chennai Super Kings, Mumbai Indians, Kolkata Knight Riders and Rajasthan Royals.

The BCCI so far has released a tentative IPL 2019 schedule for only the first two weeks. As per the present itinerary, none of the teams will play their home games on a neutral venue.

Also read: IPL 2019: Smith, Warner may be available for first round matches

The final schedule will only be released after the announcement of the Lok Sabah election dates. The General Election in the country, likely in April-May, will co-inside with the IPL 2019, scheduled to be played between March 23 and May 19.

The league has got a clearance to play all the games in India on the condition that the match schedule shall not interfere with the election dates in the cities hosting the IPL 2019 matches.

Albert Almeida, COO – Live Entertainment, BookMyShow, said, “We are excited to continue our association with the leading teams at IPL this year too… With IPL 2019, we look forward to upping the ante and providing a great seamless experience for the millions of fans right from the time they log onto our platform and until they leave each venue.”

BookMyShow said it will focus on engaging with cricket fans across various online and offline campaigns throughout the 12th edition of IPL, which is scheduled to kick off on March 23.

IPL 2019: Ticket sales for opening match between CSK and RCB