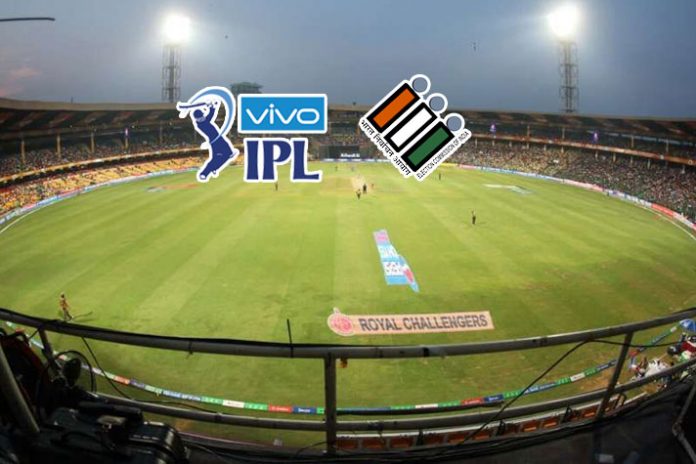 The Board of Control for Cricket in India is keenly following the Election Commission before making a move to finalise the Indian Premier League 2019 schedule.

The dates of the General Elections next year will play a crucial role in the BCCI decision on the IPL 2019 schedule and venues. The BCCI while exploring various option has adopted a wait and watch option.

The BCCI, also facing the issue of the IPL governance, had also hinted at making an attempt to persuade the Union Government for permission to host the entire IPL 2019 season in India. The board was working on a formula to schedule the IPL games in a way that the match dates do not clash with the elections in the host cities of the games.

The formula can only be put into practice after the Election Commission confirms the pole dates.

Also Read: A disgraceful first for IPL: Season 12 to have no ‘effective governance’

The BCCI, according to the report published in The Economic Times, is exploring four options for the IPL 2019. The paper has cited the information to two persons with direct knowledge of the board’s plans.

The BCCI is looking at options including advancing the event to March-April and holding it outside India, the report said citing two people with direct knowledge of the board’s plans.

The board is mulling the following four options:

1) a caravan format wherein all the teams travel together to all the venues;

3) holding some matches in India and rest in the UAE

4) and an entire tourney in South Africa.

The board was considering the cramp the IPL between the General Election and the ICC World Cup next year. The move, however, would affect the availability of top international stars as the teams going for the World Cup would prefer their players to join the preparation. The board now is reportedly considering to advance the earlier plans to a pre-poll schedule.

The league might well be staged during the March-April window. This will also enable to board to accommodate Indian team management’s demand for a two-week rest before the World Cup.

Meanwhile, the IPL for the first time will be run under the absolute control of the BCCI executives. There is no governing council or the commissioner to govern the conduct of the IPL 2019. The scenario is a disgraceful first with no linear structure in place for the IPL governance. The two-person Committee of Administrators, appointed by the Supreme Court of India, is in complete disarray. The two CoA members – former Comptroller and Auditor General Vinod Rai and former Indian women’s team captain Diana Edulji – are not of the same page has been evident for a while. Now the rift between the duo, solely responsible to run the BCCI till the board elections take place and a new body is formed, is wide and open. The differences are so wide that Rai is accused by Diana of making unilateral decisions.

In such a scenario it will not be easy for the BCCI to make crucial decisions like hosting the league, possibly partially, on an overseas venue or persuading the Union Government to allow the league in the country with a reworked schedule.