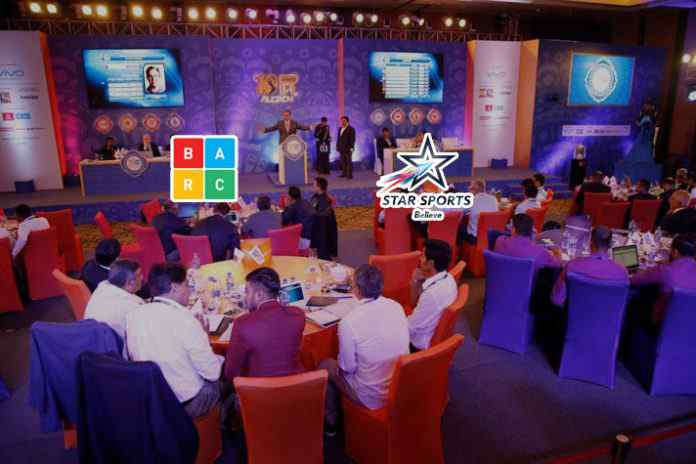 Digital viewership too surged by 5 times on Hotstar as compared to 2017.

Star India MD Sanjay Gupta said, “The huge surge in viewership numbers for the 2018 auction underlines the importance IPL holds for audiences. There’s tremendous enthusiasm and anticipation about the tournament and we are committed to making VIVO IPL 2018 an exciting experience for the fans, who will experience the combined power of Star Sports and Hotstar.”

BCCI CEO Rahul Johri said, “Over the years the Indian Premier League has captured the hearts of viewers not just in India but across the world. Going by the viewership so far, both, the anticipation and the quality of delivery have risen. With Star India at the forefront, we hope and are confident the VIVO IPL 2018 will serve the interests of cricket in India and the expectations of cricket lovers like never before. The 6-month IPL extravaganza this year will surely set new benchmarks and change the face of sports broadcasting in India.”

On social media, as per a report by ‘The Distillery’, Star India’s social intelligence cell, the auction event was a global phenomenon with 843K mentions worldwide – a five-fold increase over the numbers in 2017. Hashtags #IPLAuction, #IPL2018 trended on Twitter, recording a 91% positive sentiment score amongst the audiences. The auction received maximum chatter from Tamil Nadu and Maharashtra.