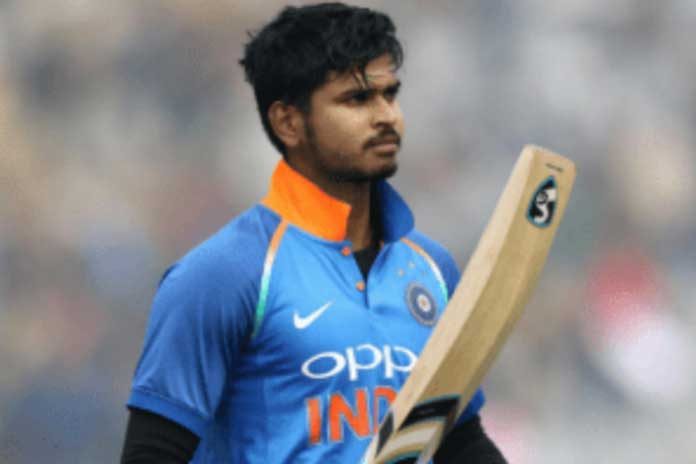 Young batsman Shreyas Iyer hit a blazing 147 off just 55 balls to help his side Mumbai crush Sikkim by a whopping 154 runs in their Group C opening T20 match of the Syed Mushtaq Ali Trophy here Thursday, but Test specialist Cheteshwar Pujara’s ton went in vain as Saurashtra lost their game.

The Mushtaq Ali Trophy is the domestic T20 tournament.

Iyer’s 147 is the highest T20 score by an Indian and in the process he surpassed wicketkeeper-batsman Rishabh Pant, who had scored an unbeaten 128 for Delhi Daredevils in the IPL.

His 147 is also the 12th highest score by a batsman in the T20 cricket history.

Meanwhile, Pujara, who played a vital role in India’s maiden Test triumph in Australia, struck a stroke-filled unbeaten 100 in 61 balls in another Group C match against Railways.

However, Pujara’s blazing knock could not help Saurashtra secure a victory as Railways chased down the 189- run target with five wickets in hand at the Holkar Stadium here.

However, at the Emeralds Heights International School Ground, where Mumbai played its match, itwas Iyer show all the way. The 24-year-old took the Sikkim bowlers to cleansers, hammering 15 sixes and seven boundaries as Mumbai posted a mammoth 258/4 in their 20 overs.

After that, the domestic veterans restricted Sikkim to 104/7 to start their campaign in the tournament on a winning note.

Opting to bat, Mumbai lost their openers – skipper Ajinkya Rahane (11) and young prodigy Prithvi Shaw (10) – cheaply and were reduced to 2-22.

But then one-down Iyer and experienced Surya Kumar Yadav joined forces as they hammered the opposition bowlers and stitched a 213-run stand for the third wicket.

It was an absolute carnage from the duo, with Iyer being the more aggressive of the two.

Iyer was at his brutal best as he spared no Sikkim bowlers and raced to his 100 in just 38 balls.

Surya, too, played a handy knockof 63 in just 33 balls, studded with eight boundaries and two shots over the fence.

Sikkim never appeared in the hunt and their innings ended at 104/7.

Meanwhile, in the other match, Pujara hit 14 boundaries and a six during his stay at the crease.

He guided Saurashtra to a competitive 188/3 in their 20 overs and the knock was something special from Pujara, who took the Railways’ bowlers to task and played a special innings in the shortest format of the game.

But contributions from the middle order helped Railways overhaul the target with two balls to spare.