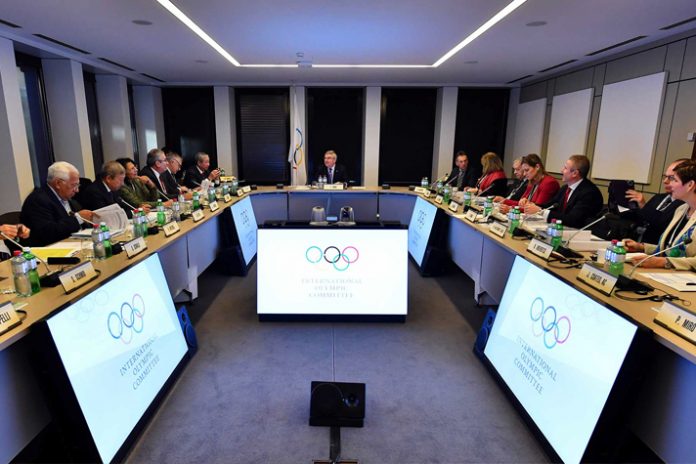 International Olympic Committee has barred Russia’s Olympic team from the 2018 Winter Games in Pyeongchang, South Korea. Russian flag will not be hoisted during the opening ceremony of the Pyeongchang Games, not will the anthem be played. Russia’s officials are also forbidden to attend the Winter Olympics.

The Russian athletes who receive special permission entries for the Pyeongchang Games will compete in individual capacity. They will not be allowed to support Russian Olympic contingent colours or carry their national flag. Medals won by these athletes will also not be attributed to Russia. The medal tally for Russia from the 2018 Winter Games will always remain zero irrespective of these athletes podium finish if any.

Russia’s Olympic Committee along with the ban is also ordered to pay $15m in costs after making what the International Olympic Committee called an “unprecedented attack on the integrity of the Olympic Games and sport”.

The IOC also accepted, for the first time, that the Russian state had been involved in widespread institutional doping by banning the then minister of sport, Vitaly Mutko, and his deputy minister, Yuri Nagornykh, from any participation in all future Olympic Games.

The ban imposed to bar a country from competing under its own flag for doping is unprecedented. Russia’s athletes were, however, thrown a lifeline by the IOC president, Thomas Bach, who confirmed they would be able to compete in South Korea in February provided they were not involved in a massive State-sponsored doping programme that corrupted the Sochi Winter Olympics in 2014. Such athletes will have to compete under the Olympic flag and in a uniform bearing the name “Olympic athlete from Russia”. If any Russian athlete wins a gold, the Olympic anthem will be played at the medal ceremony.

The IOC’s decision was announced after its 14-person executive committee spent Tuesday afternoon poring over the final report of the Schmid Commission, which has been examining whether there was an “institutional conspiracy” by Russian officials within the ministry of sport to corrupt the London 2012 Olympics and the 2014 Sochi Winter Games.

There have been suggestions a ban might lead to a Russian boycott of the Winter Olympics. However, no such announcement has been made by Vladimir Putin or the Russian Olympic Committee.