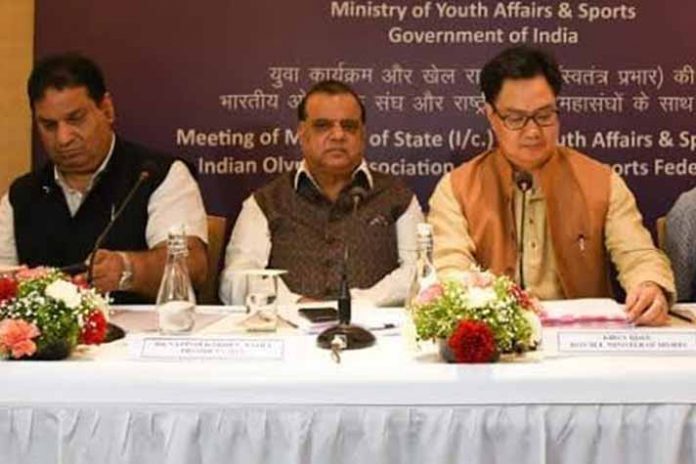 The Indian Olympic Association (IOA) will make a last-ditch effort to bring shooting back on the 2022 Birmingham Commonwealth Games roster when it meets top officials of the Commonwealth Games Federation (CGF) in New Delhi tomorrow (Thursday).

The IOA brass, including President Narinder Batra and Secretary General Rajeev Mehta, along with Sports Minister Kiren Rijiju will meet CGF President Louise Martin and CEO David Grevemberg to protest shooting’s exclusion from the CWG. Shooting has been dropped owing to logistical issues cited by the local organising committee.

The meeting was agreed upon following IOA’s proposal to the Sports Ministry in July, to boycott the Games over shooting’s exclusion.

According to Mehta, the IOA will try to convince the CGF to reconsider its decision on shooting, citing India’s excellent medal count in the sport.

“Besides, the CWG boycott matter will also be on the agenda. Let’s see what comes out,” he added.

Besides Batra and Mehta, other top IOA officials who will be present during the meeting include treasurer Anandeshwar Pandey, senior vice-president Anil Khanna, vice-president Sudhanshu Mittal and life vice-president of the Olympic Council of Asia (OCA) and former IOA secretary-general Randhir Singh.

Shooting has always been one of India’s top medal contributors in the CWG. The discipline yielded 16 medals, including seven gold at the last edition of the event in Gold Coast.

For the first time since 1974, the sport has been excluded from the Games roster. In protest, the IOA had threatened to pull out of the Games if the shooting was not reinstated.

It is understood that during Thursday’s meeting, the CGF delegation is unlikely to budge on dropping shooting from the program and will try to come out with a compromise formula.

Meanwhile, the CGF delegation will also visit some venues of the Delhi 2010 Commonwealth Games and have a meeting with the IOA Athletes Commission during it’s two-day visit.

Read: GFI president has no time for gymnastics, his letters are forged: IOA chief to…