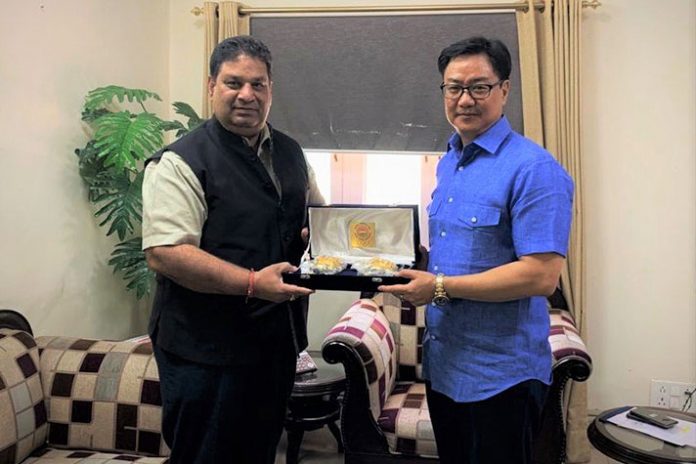 Kiren Rijiju is new Minister of Youth Affairs and Sports

Rijiju, just after taking charge as sports minister last week, had ensured that he would work with the athletes and federations collectively as a team to bring about a revolution in sports.

In February, the IOC suspended all Indian applications to host future events and urged International sports federations not to stage competitions in the country after two Pakistani shooters were denied visas to compete in New Delhi at the World Cup following the Pulwama terror attack.

Imposing the suspension, the IOC said the denial of visas was against the principles of the Olympic Charter.

According to the IOC, the ban will not be lifted until the Indian government provides guarantees that no athlete would be denied visas in events held in the country.

IOA, FIH chief Batra all set to be an IOC member