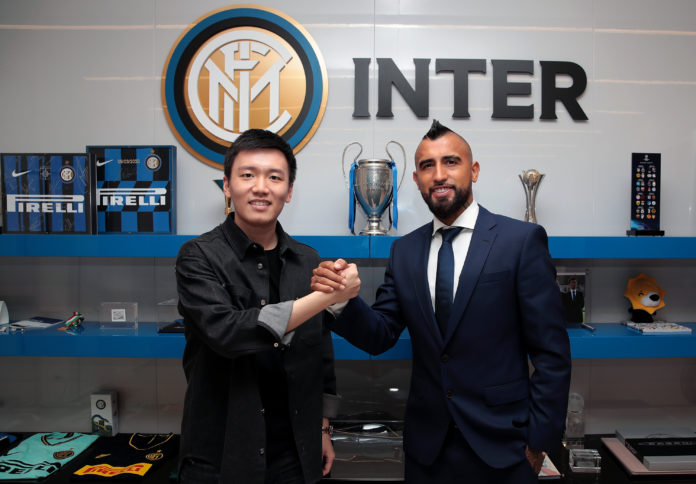 Chilean midfielder Arturo Vidal has officially signed his two-year contract with Italian club Inter Milan, including an option for a third, after arriving from Barcelona for free.

On Saturday the two clubs agreed a deal for the Chile international worth €1m (£917,000) plus add-ons after days of negotiations.

Vidal flew in on Sunday night at Linate Airport, had his medical on Monday morning and signed the contract at the Inter HQ that afternoon.

Notably, it is a return to Serie A for Vidal, who wore the Juventus jersey from 2011-15. The 33-year-old midfielder worked with coach Antonio Conte to win three consecutive Serie A titles and is reunited with the tactician at San Siro.

Vidal’s previous clubs include Bayern Munich and Barcelona, who he joined in 2018.
During his two year stint with the Blaugrana, Vidal featured 96 times across competitions scoring 11 times helping the club become Spanish champions by winning La Liga during the 2018/2019 season as well as win the Supercopa España in 2018.

However, he was deemed surplus to requirements by new Blaugrana boss Ronald Koeman and is the third midfielder to depart this window, along with Ivan Rakitic and Arthur.

FIFA five substitution: IFAB allows five-substitution rule to be made permanent, says ‘competitions should be able to decide’