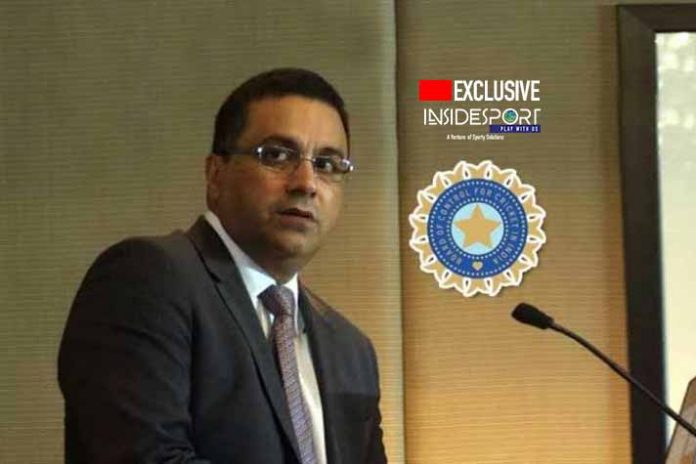 Rahul Johri is on his way out from the Board of Control for Cricket in India. The Chief Executive is the “next big fish in the line of fire” after CFO Santosh Rangnekar has put in his papers.

The BCCI (new executive) has already started looking into and evaluating key decisions made in the past three years. “The lapses will not be ignored and the people in the management response will have to answer. No one is going to be spared. He (CEO) is already feeling the heat,” a former BCCI office-bearer told Insidesport.co on condition of anonymity.

“He (Johri) is not in the line of fire. There is no vendetta or malice. But there will be some tough, legitimate questions about the functioning of the BCCI in the past three years. There will be questions about the accounts. We are not saying there is misappropriation. But there has to be accountability for every penny spent. There has to be accountability about income and expenditure. There will be questions about the steps taken to promote the sport. There are issues about BCCI’s deteriorated position in the International Cricket Council. Tell me, who should be the most accountable person incorporate? I am also talking about the personal allegations which were swept under the carpet. The new, young team in the office means serious business. The message to all is loud and clear,” the official told BCCI.

“Johri under the CoA has acted against the interests of cricket. There was the least respect for former administrators whose contribution in making India a financial superpower in global cricket cannot be ignored. How do you evaluate the position of the chief executive who could not even protect India’s hard-earn commercial position in global cricket? In three years, you have pushed us (BCCI) back by five to seven years.

“Had the earlier regimes not made the BCCI so strong and self-sufficient financially, you would have become like the boards which cannot even pay to their players.

“There will be no more patronage, shielding and hand-in-glove functioning.”

The move to clip the CEO’s wings has already been initiated. Among other amendments proposed for the board’s upcoming AGM on December 1, there is a recommendation to bring the CEO directly under the BCCI Secretary. “The elected representative should be allowed more responsibility. It is proposed that the post be returned all its powers including over the CEO,” states the notice. “The Management personnel, the staff, and the CEO shall work under the direct supervision, control and direction of the Secretary.”

The CEO thus will be answerable to the BCCI secretary, a far cry from absolute power vested in the position for over three years.