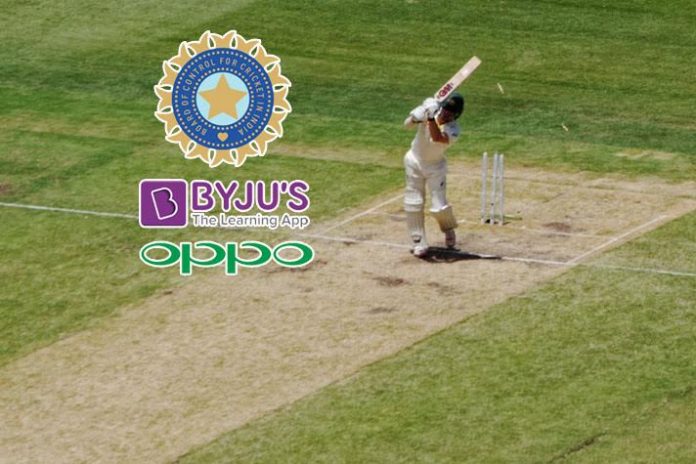 The tour of the West Indies will be Team India’s last stint in the jersey’s with an Oppo logo. As first reported by InsideSport.co on July 12, Oppo has arrived at an understanding to pass on the Indian cricket team’s sponsorship rights to educational technology firm Byju’s.

The Chinese smartphone brand which had committed an awe-inspiring ₹ 1,078 crore to the Board of Control for Cricket in India to sponsor the jersey of Indian national cricket team was finding the pressure of paying ₹ 4.61 crore for each game in the bilateral or multinational series hosted by national cricket boards and ₹ 1.56 crore per game for the International Cricket Council and Asian Cricket Council tournaments.

Following a tri-partite understanding between Oppo, Byju’s and the BCCI, the education technology start-up’s logo will be placed on the Indian national cricket team jersey from the home series against South Africa in September.

BCCI has reportedly given a consent as its revenue is not affected by the Oppo–Byju’s deal. BCCI’s ₹ 1,078 crore deal with Oppo runs till March 2022. However, even in exit Oppo will not be able to exonerate itself fully from its financial commitment. Byju’s has settled for a deal marginally lesser than the original per match commitment made by Oppo, which will continue to bear the burden of the difference.

Byju’s, valued at ₹ 38,000 crore after its recently-concluded funding round, has of late been among the leading brands to advertise in cricket.

Man helming Oppo at the time of the BCCI deal in 2017, company’s then India MD Yi Wang was forced to step down from his office in November last year amidst widening losses. The company’s loss from India operations had reached ₹ 778 crore in September last year from ₹ 42 crore during 2016-17 fiscal and ₹ 358 crore in 2017-18.

BCCI likely to ‘retire’ Dhoni’s No. 7 jersey for Test cricket