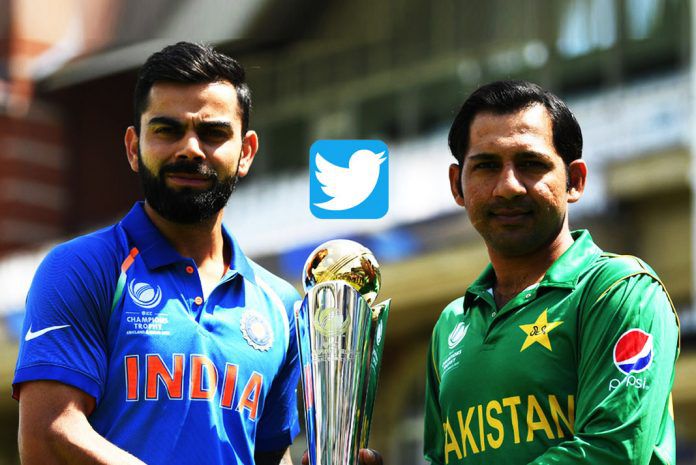 The highest ever for a one-day international cricket match. 1.8 million Tweets. Yes, these is the record score registered by twitterati for #IndvsPak final of ICC Champions Trophy.

Pakistan surprised everyone by winning the tournament, after entering the 8-team competition as the team ranked 8th. And their unexpected success helped generate a record-breaking 1.8 million tweets. The most for any ODI!

“Cricket is what was happening on Twitter, and a historic #CT17 saw the record for the most Tweeted one day international of all time being broken by the India vs Pakistan final with 1.8 million Tweets from fans globally. With ICC launching the first ever Direct Message chatbot for sports on Twitter; engaging fans with video replies from captains and commentators; and Tweeting match videos through a Twitter Amplify partnership, it was a personalized and video rich experience for fans on Twitter,” said Aneesh Madani, Head of Sports Partnerships, Asia Pacific, Twitter.

The intertwining of sports and twitter seem to be really getting along. Compared to #CT13, #CT17 saw a 4X growth in the usage of the official hashtag. Even the organizer of the tournament @ICC saw a 4.75X growth in followers in #CT17 compared to #CT13. 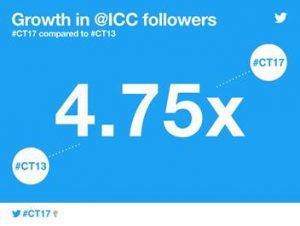 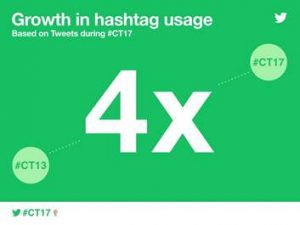 A key part of these increases is also Twitter’s innovative integrations that gave fans a personalized experience, leading to a rise in conversation on the platform. For #CT17 Twitter tied up with Nissan in an Amplify deal that saw users gain access to Match highlights on the platform.

With the help of #AskCaptain fans were able to ask the winning captain a question post-match, and a select user was then given a personalized video response from the captain.

There was an abundance of talent on display at the #CT17 and it was the finalists who made the biggest impact on the field and off it as well. On the Twitter XI chart of the most talked about players include 6 Indian players, 4 Pakistan players and just one player from England.

While the Indian and Pakistan players formed the bulk of the Twitter XI, it was the clash between the two sides that generated the most amount of conversation on the platform. #INDvPAK was the most tweeted about match in #CT17. Be it the final or the group match, both the matches brought in a lot of traffic for twitter to capitalize on.

Top-5 most Tweeted Matches at #CT17

Getting down to see the most mentions teams, we have a sure shot winner. While Pakistan won the tournament on the field, it was their counterparts India who seemed to have won more followers off it. Surprisingly, the third most mentioned team is Bangladesh, courtesy their exhilarating performance and creating an upset in Champions Trophy group matches.

It is quite evident why sport is the priority for Twitter. Read the exclusive interview of Aneesh Madani, Head of Sports Partnership for Twitter, where he tells how Twitter is exploiting sports to engage with fans and providing innovative techniques for the same.