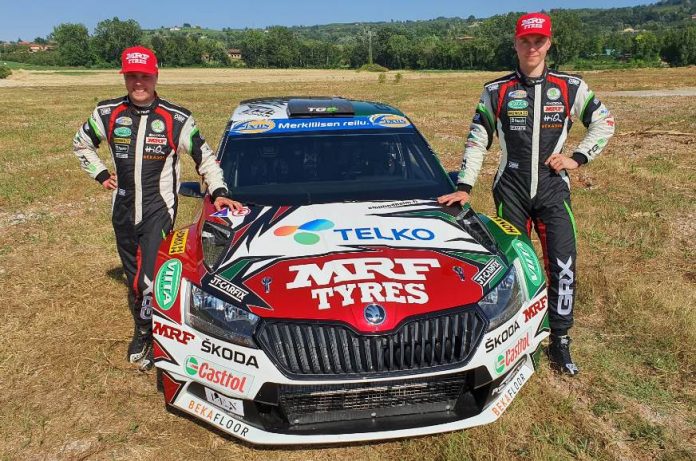 India’s Team MRF Tyres will be making its debut in the European Rally Championship (ERC) this weekend.

It will be the first time that the Indian outfit will be competing in a full season of European rallying.

Irish star Craig Breen will team up with Paul Nagle in the Team MRF Tyres Hyundai i20 R5, competing in each of the six rounds of the 2020 ERC season, according to a press release here.

Breen is a familiar name in rallying in Europe, having achieved podiums in the World Rally Championship and also registering five wins in the ERC.

Meanwhile, the Finnish duo of Emil Lindholm and Mikael Korhonen will drive the Team MRF Tyres Skoda Fabia R5 evo2 in the ERC1 category, taking part in a partial 2020 campaign.

The opening round of the six-round 2020 ERC is the Rally di Roma Capitale in Italy.

After years of success in the Asia Pacific Rally Championship that included nine titles, the move to the ERC represents a new challenge for MRF Tyres, the release said.

MRF Tyres Vice-Chairman and Managing Director Arun Mammen said, “We are happy to see MRF Tyres progress to compete at the highest level of rallying in Europe with the European Rally Championship. We know that the road ahead is filled with challenges which we shall strive to overcome, but this is a start for us in this competitive arena.”