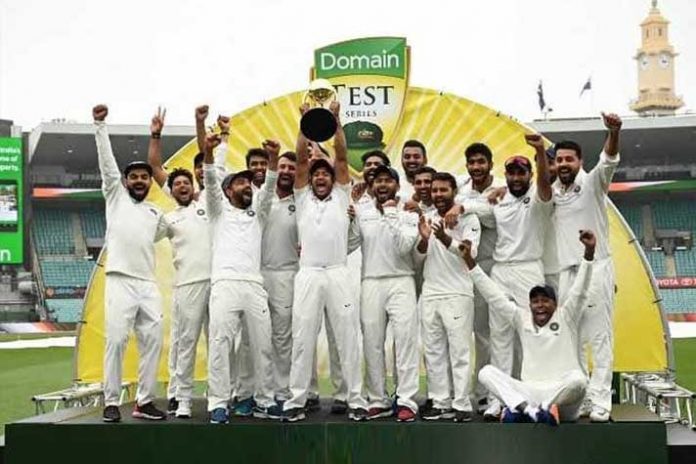 Virat Kohli and his teammates in the Eleven will be get a bonus of ₹15 lakh per Test for scripting India’s historic Test series win on the Australian soil. Those who failed to figure in the Eleven for the Test will get ₹ 7.5 lakh each.

While congratulating the team to end the 71-year wait for India’s first Test series triumph Down Under, BCCI has also announced cash bonus to the team management. The coaching staff will receive ₹25 lakh each, while for the players “actual match fee” has been made the criteria for the winning bonus.

The Board of Control for Cricket in India (BCCI) today (Tuesday) congratulated the team for registering the first ever Test series win in Australia and reaffirming their No. 1 position in the ICC Test rankings.

(iii) Team India Support Staff (non-coaching) – The bonuses will be equivalent to the pro-rata salary/professional fee.

The Supreme Court Appointed Committee of Administrators has announced the award for the players.

India has won the four Test series 2-1 as the entire last day and the considerable action on the fourth day was washed out with Australia managing to escape with a draw after being forced to follow one.

India had started with the win in the first Test at the Adelaide but lost the Melbourne game before surging ahead with a win in the Boxing Day Test at Melbourne.