Indian Wrestling Team Trials: Indian Olympic silver medallist wrestler Ravi Dahiya was busy playing his own bout when wrestler Satender Malik assaulted referee Jagbir Singh in the KD Jadhav Hall here at the IGI stadium. The wrestler believes that all these things should not happen and the sport should be played in true spirit. Follow InsideSport.IN For more updates

“It was not my bout so I could not see but all I want to say that all these things should not have happened and everyone should play with true spirit of the game, “ Dahiya told ANI. The 24-year old grappler got selected for Commonwealth Games 2022 in the 57 kg weight category and is eyeing a gold medal at the quadrennial event.

Ravi Dahiya bagged an Olympic medal in his maiden appearance and is looking to win a gold in his maiden CWG appearance. Five more wrestlers are also going with him including Bajrang Punia. 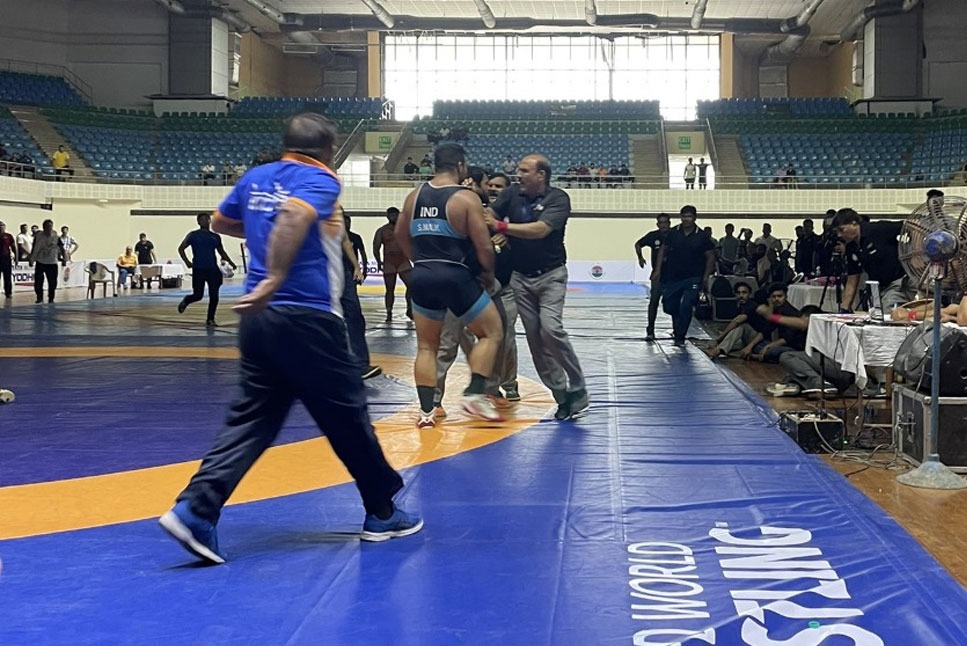 Wrestling was not a part of the initial list of Commonwealth Games 2026 to be played in Victoria but the Sonipat-born wrestler feels that the Wrestling Federation of India will do something get it back.

“We do not want the sport to be removed from Commonwealth Games and our WFI is also taking about it. So, we are with him,” he said.