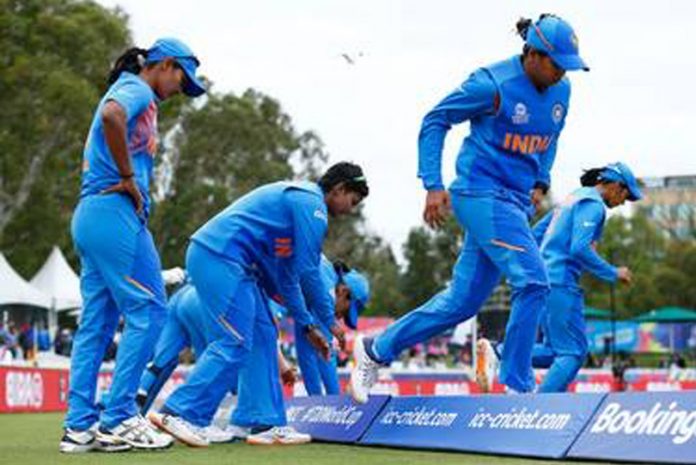 Virat Kohli & Company for once are not the biggest selling cricket commodity in India. For once, a LIVE cricket match of the senior national cricket team in India is not the most watched sports content on the Broadcast Audience Research Council (BARC) audience ratings for the week.

The Women in Blue have beaten the most-dominating commercial unit of Indian sports hands down. The ICC 2020 Women’s T20 World Cup between India and hosts Australia is the most-watched sports genre programme for the Week 7 (February 15 to 21) in the BARC ratings. The India-New Zealand Test series opener is miles behind. The gap between the gross impressions for the women’s T2oI and the Test match on the most-watched shows table for the week is yawning.

Live broadcast of the India-Australia women’s T20 match on Star Sports 1 Hindi is the No. 1 sports genre show for the week. In the next three positions are the mid-innings and post-match LIVE analysis of the Test match at No. 2 and 4  and the T20I WC at No. 3. The Test match in the most-watched shows lists comes at the No. 5 position. The difference between the gross impressions for the week for the Women’s T20 World Cup and the Test is nearly 300 per cent.

“Hard to believe, but this is brilliant. I hope this signals a sound beginning rather than an anecdotal aberration,” says brand and business strategist Harish Bijoor, founder of Harish Bijoor Consults Inc.

These ratings will serve as the right booster for the women’s cricket in India.

“The match timings of the two events have been a determining factor for the ratings. Having said it, nothing can be taken away from the fast rising popularity of women’s cricket,” says Ashish Chadha, CEO, Sporty Solutionz. “Having said it, these ratings will open a new window of opportunities for women’s cricket. These ratings also reflect that fans have started connecting with women’s cricket. There are icons like Harmanpreet Kaur, Smriti Mandhana and now the youngest of them all Shafali Verma who will boost TV ratings, drive fans to the ground and give purpose to a whole new generation to take to the sport. Then there are these bowlers who are making headlines. There were celebrities like Santha Rangasway and Mithali Raj. They were big names and icons in their own right. But had little recognition as there was no television exposure.

“The credit also must go the Board of Control for Cricket in India and its broadcast partner Star Sports for this great transformation.”

The Indian women with an all-win record have already made it to the World Cup semi-finals. Having already-beaten the four-time ICC Women’s T20 World Cup champions Australia comprehensively in the tournament opener, the Women in Blue are the strongest contenders for the crown. If that happens on March 8, the World Women’s Day, at the Melbourne Cricket Ground, Kohli and Company are going the find their closest competition for eyeballs on television within the Indian cricket itself.