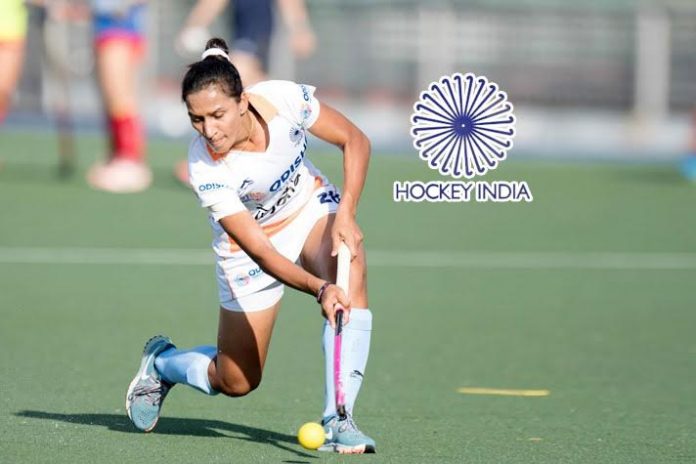 Skipper Rani expressed the team’s eagerness to compete against the top ranked teams on the 10-day tour, starting with the first game on January 26.  “The team is very excited to be playing against 2018 World Cup medal winners Ireland and Spain in the season opener. It will be a challenging tour no doubt but our team has made a lot of improvement in the past two years and we see this as a great opportunity to understand where we stand ahead of the Olympic Qualifying events this year,” stated Rani before the team’s departure.

The Indian team will play four matches against Spain between January 26 and 31 and two ties with Ireland February 2 and 3. “We have quite a few youngsters who have been given a chance to show their potential against strong teams. It is important to have a larger pool of players with good international exposure ahead of important tournaments this year,” Rani added.

Rani believes her team carries confidence from their impressive performances last year where they achieved desirable results against top teams of the world and also jumped up the FIH world ranking. The Skipper insists that her team has the potential to surge ahead. “Though we surprised many with our performance against teams like England and Australia, we feel we could have done better in the 2018 Asian Games and 2018 World Cup. While we carry confidence from last year’s events, we work every day with the belief that we can take our performance to the next level and we certainly have the potential to do so. We have been receiving great support from our coaching staff in the past few months of training where we not only had to overcome the heartbreak of losing the 2018 Asian Games Final to Japan and a Quarter Final loss to Ireland in the 2018 World Cup but also introspect on the mistakes we were making. During the past two national camps we have adapted to new techniques that will help us improve and we are confident of taking positive steps in our mission to qualify for Tokyo Olympics,” she said.

The Indian team left in the early hours of Thursday morning for the Spain Tour from the Kempegowda International Airport, Bengaluru.