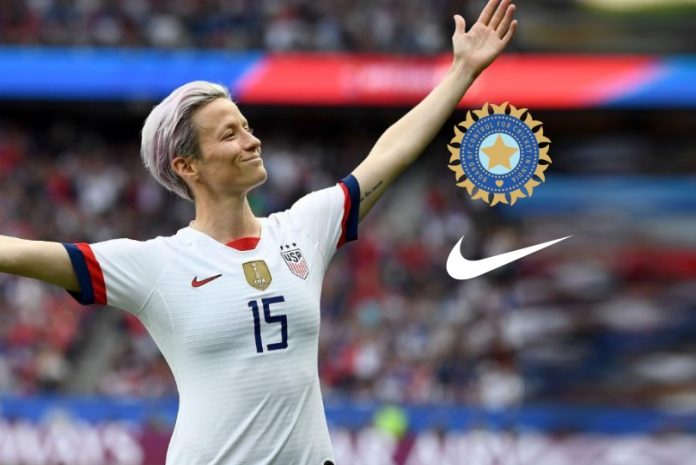 Nike has rolled out a film titled ‘you cannot stop us’ which features 53 athletes and 24 sports. Indian Women cricket team has also featured in the film along with leading stars in NIKE portfolio. The message the brand wants to deliver is that no matter what happens, one will always come back stronger and together.
Indian women cricket team features along with the Chinese Volleyball team in the film and is seen hurdling around before the World Cup game.
The high point of the film is that the film is narrated by American FIFA World Cup star Megan Rapinoe. The American football star has been extremely vocal for the social causes and on the topic of women equality.
The film has been conceptualized by Wieden + Kennedy Portland. It features clips of athletes side by side to show how they are never alone and how sport can unite everyone. Through those actions, it says that sport shows us what an equal playing field looks like and reminds us that a better future for the world is possible.

Ind vs NZ 2nd Test: ‘Have self-belief that we can go upwards from anywhere’ says New Zealand spinner Azaz Patel after gritty performance in...

IND vs NZ LIVE: Who will Virat Kohli replace for second Test? Paras Mhambrey hints at leaving out Shreyas Iyer

IND vs NZ LIVE: Who will Virat Kohli replace for second...