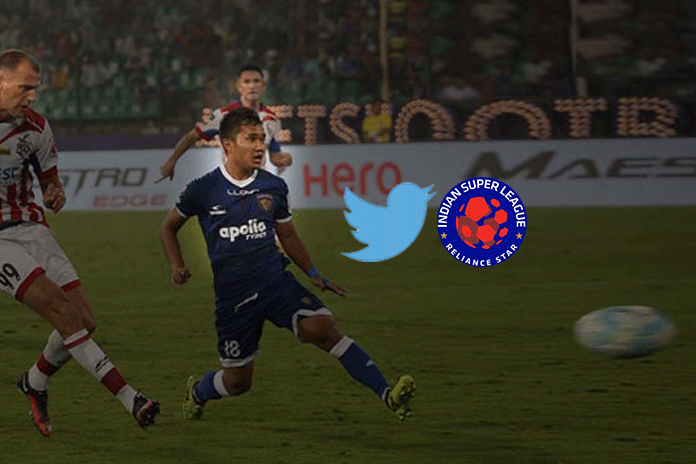 Indian Super League has inked a deal with social media platform twitter to enhance the fan experience. The deal makes the Indian Super League the first professional club competition ever to use Conversational Video Cards to preview matches on Twitter

ISL will Tweet Tamil video highlights this year in addition to English,  Bengali and Malayalam at its official twitter handle @IndSuperLeague. The league will also use special Twitter Video polls giving fans the power to choose their player of the match.

It’s going to be an exciting season of football on and off the field as fans gear up for the start of the fifth edition of the Hero Indian Super League 2018-19 (@IndSuperLeague). The #HeroISL will go up a notch on Twitter with @IndSuperLeague launching a host of innovative, interactive new fan experiences for their followers. Fans will enjoy video highlights in multiple Indian languages, engage with @IndSuperLeague through Conversational Video Cards, video polls to ascertain the Fans; Player of the Match #OnlyOnTwitter experiences.

Football fans can look forward to at some exciting entertainment at the #HeroISL over the next few months.

Conversational Video Cards: @IndSuperLeague will Tweet a video with an option for fans of either team to share their support by simply clicking on the team hashtag below and Tweeting the video. 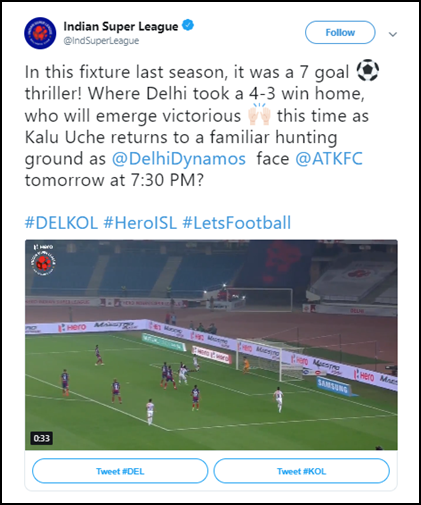 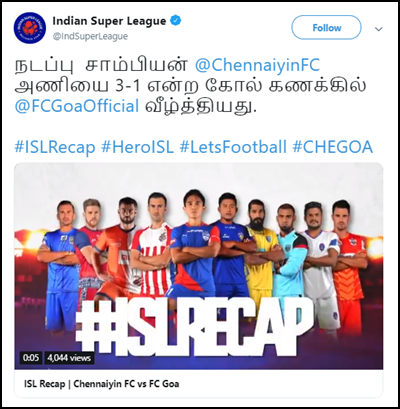 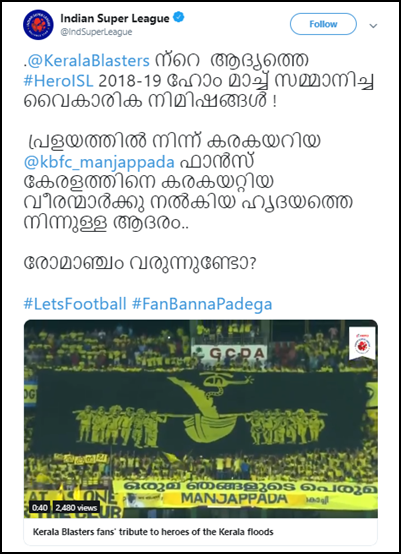 Video polls to ascertain the Fans’ Player of the Match: With the brand new Twitter video polls feature, @IndSuperLeague will give fans an opportunity to decide who is their player of the match.

Commenting on the partnership, Aneesh Madani, Head of Sports Partnerships, Asia Pacific, Twitter said “Twitter is where the most valuable audiences are at their most engaged and we’re excited to see ISL start with them. The league’s suite of experiences for fans has only grown over the seasons and they have been pioneers in making football even more accessible to fans with regional language highlights. We’re confident fans will watch and talk about the action with the ISL’s bold use of conversational video cards. Lots of fun for fans to look forward to.”

An ISL spokesperson said, “Our partnership with Twitter continues to grow over the seasons and this year is even better. We’re thrilled to be the first football league in the world to use conversational video cards for a full season to build up the match for our fans and bring them into the conversation. Our offering of regional language tweets which now includes Tamil in addition to Bengali and Malayalam will ensure we reach even more fans than before. Here’s to an exciting season both on and off the field.”