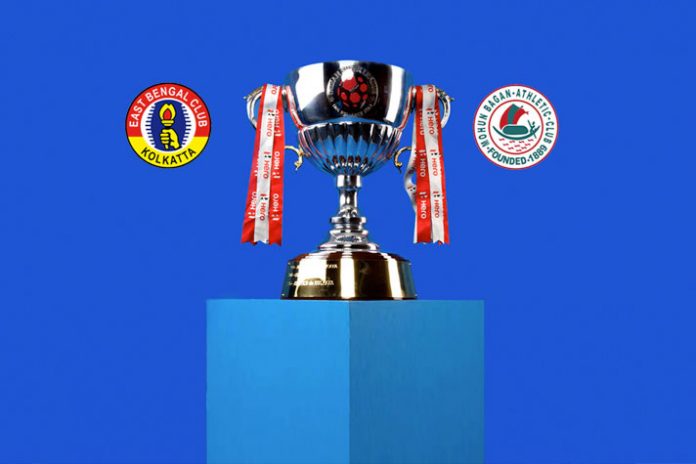 East Bengal and Mohun Bagan may finally get the long-awaited opportunity to join the cash-rich Indian Super League. The two teams are currently playing in the I-League, the “official” league of the All-India Football Federation. Albeit, less fancied.

The doors of the Indian Super League (ISL) will finally be opened for both East Bengal and Mohun Bagan, national daily Tribune has reported.

The ISL reportedly will shortly after the final on March 17 float the RFP to increase the league size from next season. Amidst threat to the I-League’s existence, a section of the clubs have claimed Mohun Bagan and East Bengal support in the joint fight to safeguard the future of the competition.

I-League teams have been facing snub from the football governance in the country. It may be recalled that the I-League franchisees have not been granted a meeting by the AIFF for the past 12 months in spite of repeated requests.

Reports suggest there may only be one elite division league in the country with an obvious reference to the ISL.

The paper has reported that both the Kolkata giants are keen to join the ISL bandwagon for the coming season. While East Bengal may become the 11th team in the ISL, Bagan’s entry may come by joining hands with the ISL franchisee and the club’s city mates ATK.

“The plan is to get the bidding document out after the ISL final,” a senior AIFF official told The Tribune. “The number of teams will depend on how many actually bid. We know East Bengal have an investor in Quess and they want to play the ISL, but Bagan don’t have a tie-up yet. They may come up with a tie-up with someone,” the official added. The teams looking to bid will have to follow a few regulations. They have to pay a minimum franchise fee estimated to be between Rs 18-20 crore. Earmarked dressing rooms, a training venue and a youth academy are some of the criteria that have to be met by the respective teams.

“As per the contracts, all the ISL teams will have to have youth academies by the end of fifth year. And since this is the fifth year, FC Goa is already on the job and so are a few other teams. East Bengal has a youth academy already,” the official said.

It is understood that East Bengal wants a concession on the franchise fee but it is unlikely that the league committee will heed to such a request. “Everyone will want to pay less but the fee will be determined by the league committee and it has to be paid. We will try and be reasonable but frankly it will be unfair to those teams that have paid a higher fee,” he said.