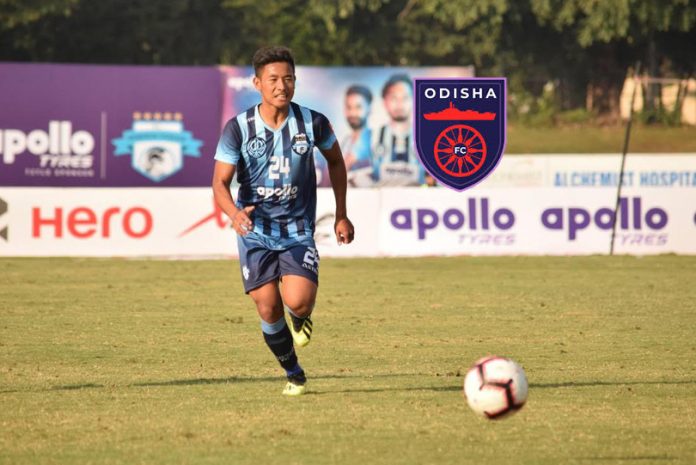 Odisha FC on Tuesday roped in India age-group international Moirangthem Thoiba Singh ahead of the seventh edition of the Indian Super League(ISL).

The 17-year-old central midfielder signed a three-year deal with the Bhubaneswar-based club.

The Manipur-born footballer has played for India at the age-group competitions and was with I-League team Minerva Punjab FC for last two seasons. He also became the youngest player to score a goal in the AFC Cup last year while playing for the Punjab side.

Speaking about the new signing, Odisha FC President Rohan Sharma said, “Thoiba is a very exciting and versatile player and I am really happy we were able to bring him in the squad this year.”

“Though he is extremely young, he is a player who has got minutes in the I-League as well as in age-group competitions for India. He will have a good mentor in Vinit who can help him mature as per the club’s ideologies. He has an extremely high ceiling and hopefully, this year he finds his feet to develop into a better player for the future,” he added.

Expressing his delight, Thoiba said, “Can’t wait to get started with Odisha FC and make my mark in the ISL and possibly get into the national team. I am excited to be a part of a strong core of young Indian players and I am sure I will be learning and improving daily at Odisha FC.”