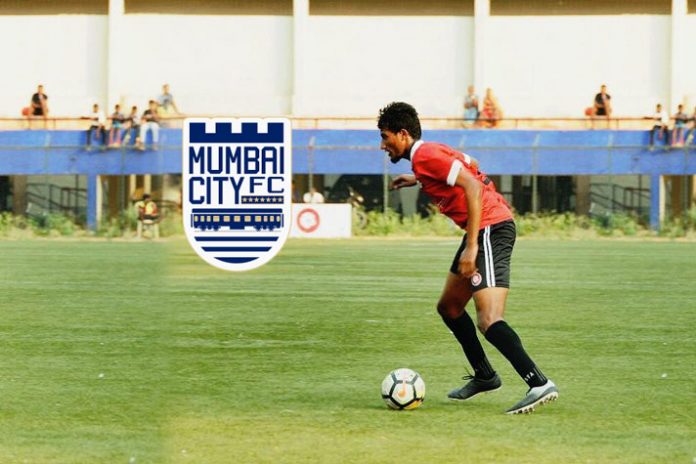 Mumbai City FC have completed their last signing for the upcoming season of the Indian Super League, bringing on board India’s Under-23 player Vignesh Dakshinamurthy.

They have lined up a solid team, with a perfect mix of young and experienced players, embellished by seasoned foreign stars, in their quest for their first ISL title.

The Islanders made the announcement on Saturday, expressing confidence in the squad for the upcoming campaign.

This is a significant move for 20 year old Vignesh, the young Bengaluru lad, joining the big league at such a young age.

Vignesh had been part of the Ozone Academy setup for three years before he broke into the first team squad, aged just 17. Since then, he has been an integral part of the team, playing for different Indian age-group squads.

His latest stint was being part of the Stephen Constantine coached U-23 squad, participating in the SAFF Suzuki Cup in Dhaka.

Vignesh belongs to a footballing family, with his uncle having turned out for clubs like East Bengal and Mohun Bagan while his younger brother recently went out for a training stint to Denmark. He will have to fight it out for a position in the MCFC team, with the likes of Paulo Machado, Milan Singh, Sehnaj Singh and other midfielders.

“We have great faith in Vignesh. He is young, talented and is full of promise. We are delighted to welcome him into the MCFC family,” CEO of Mumbai City FC Indranil Das Blah said.

“We have a good mix of young and seasoned players and we are excited about the upcoming season” he added.