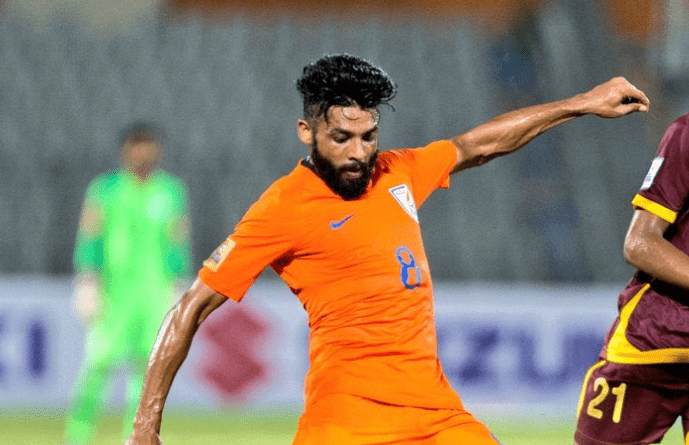 Two-time ISL champion Chennaiyin FC on Sunday announced that Indian midfielder Germanpreet Singh had extended his stay at the club by signing a new multi-year contract.

The 24-year old player from Punjab will be featuring for club for a fourth straight season. Having made 36 appearances in all competitions for Chennaiyin FC since joining the team for the 2017-18 ISL season, he has played a crucial role in the midfield in their title-winning run.

“I am incredibly proud to continue playing for Chennaiyin FC. I have witnessed three great years here already, and the journey so far has been amazing with lots of learning and development,” Germanpreet was quoted as saying in a press release.

“But I believe the best is ahead of me. And Chennai is my adopted home with CFC and our passionate fans are my family. I view this as a fresh start of an exciting journey, and I promise to give my 200 per cent on the pitch and help bring more success to the club,” he added.

“He is another fantastic Indian talent who has made huge leaps during his time with us. We are delighted to have groomed and nurtured domestic players like him who showcase great potential and are unfazed on the big stage that is the ISL.”.

A product of the AIFF Elite Academy, Germanpreet made his professional debut in January 2015 for Goan side Dempo SC in the I-League, followed by a stint at Minerva Punjab FC in the same competition.

He was then picked up by Chennaiyin FC in the draft leading up to the 2017-18 campaign, which culminated in a second ISL title for the team.

In the 2019-20 campaign, Germanpreet forged a strong partnership with Anirudh Thapa to form one of the few all-Indian central midfield partnerships in the ISL as CFC went all the way to the final.

He made his senior India debut in August 2016 against Bhutan in a friendly and has so far made nine appearances.

Chennaiyin FC had recently announced that nine Indian players including Anirudh Thapa, Thoi Singh, Dhanpal Ganesh, Edwin Sydney Vanspaul, Vishal Kaith and Lallianzuala Chhangte among others had extended their stay at the club.