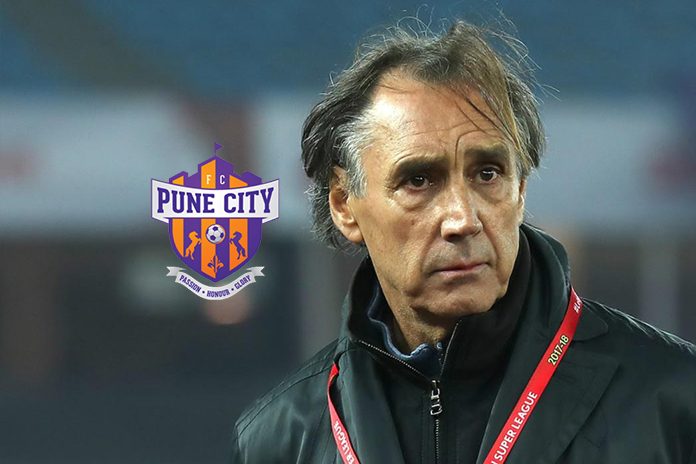 Indian Super League club FC Pune City has roped in Miguel Angel Portugal of Spain as the Head Coach for the 2018-19 season.

The Rajesh Wadhawan Group and Bollywood star Arjun Kapoor co-owned club FC Pune City today (Thursday) signed Spaniard Miguel Angel Portugal as the head coach of the club for the Indian Super League 2018-19 season. Portugal will be joined by his assistant Gonzalo Yarza in preparations to lead the Stallions to glory in the upcoming season.

After getting the Spanish manager to sign on the dotted lines, FC Pune City CEO Gaurav Modwel said, “In Miguel Angel, I believe we have a Head Coach who, with his philosophy and preference to play an attacking brand of football, will embrace the style and quality of players we have at our Club. He has a proven ability to develop young players and is known to foster a culture of team spirit amongst his players.”

Commenting on his appointment, Miguel Angel said, “I had a very good experience of India and the ISL last season and I was very impressed with the organisation, facilities, stadiums, fan support and therefore coming back to ISL was a very easy decision for me. I watched FC Pune City last season and I can say that the training facilities that they have are surely one of the best in the country.”

Speaking on the players at his disposal, Miguel Angle said, “There is an abundance of top-class talent at the Club and I look forward to joining the squad soon. The Club has retained the core players from last season that qualified for the playoffs and has made very capable additions to the squad. I believe we have a strong team that can challenge for the title this season.”

“The discussions that I had with the Club were extremely insightful, exciting and the plans the club has, especially with regards to development of young Indian players are very refreshing. I am sure that while we gear up for being serious contenders this season of ISL, we will lay down equal emphasis to continue and build on the work of developing and promoting young players from the Club’s reserves and youth teams,” Miguel Angle added.