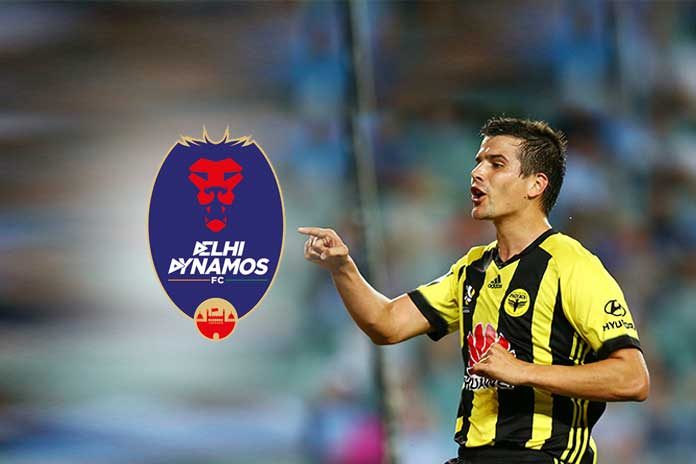 Delhi Dynamos FC have today (Friday) completed the signing of Serbian forward Andrija Kaluderovic. The striker joins the Indian Super League side on the back of finishing as the top scorer for Wellington Phoenix in the Australian League last season. Kaluderovic’s signing takes the Dynamos foreign quota to four players.

The 31-year old Kaluderovic has previously had club stints in Serbia, China, Spain, Switzerland, Lithuania and Australia and has scored more than 100 goals in 236 club appearances. The striker has also been capped thrice by the Serbian National Team.

Head Coach Josep Gombau is confident that Kaluderovic can replicate his past form in the Indian Super League. “Andrija is a very intelligent player who is quick and a good finisher. I have seen him play in the Australian league and he has performed consistently well both in the league and the continental cups as well. He has a great mentality and experience which will really help the side,” said Gombau.

Andria is committed to give his best to his new club and the league. “I am excited to have joined a new league and a new team in Delhi Dynamos. The popularity of ISL is for everyone to see and a lot of foreign players are here so I am no stranger to this competition. I want to give my best and hopefully we will have a good season,” a delighted Andrija said.

The forming Racing Santander forward had won the Lithuanian League and Cup double in 2016 with Zalgiris, where he was also the golden boot winner in the league.