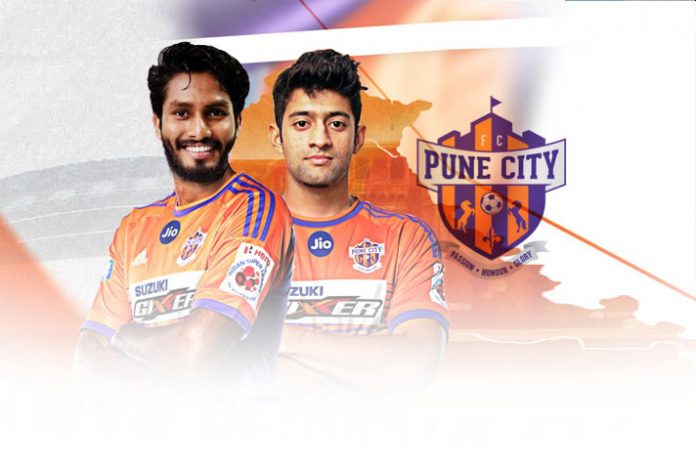 Alwyn George and Nikhil Poojari have signed with the Indian Super League side FC Pune City.

Alwyn played for Bengaluru FC in the last season and will now don the orange colours of FC Pune City, a club from his home state of Maharashtra. While for Nikhil too, it will be a homecoming, as the Mumbai boy will now return to Maharashtra with FC Pune City, after spending 2 seasons in Kolkata playing for East Bengal.

FC Pune City CEO Gaurav Modwel said, “Alwyn is one of the more technical players we have in India and we feel he will suit our style of play. His flair for creating chances will bring more creativity into our play. Nikhil, on the other hand, is one of the most exciting young players in the country. We have been tracking him for a couple of years now. At a young age, he has already gained a good amount of professional experience and we hope that he settles well in our squad.”

Alwyn had started his career with the Tata Football Academy in 2008 and signed his first professional contract with Pailan Arrows four years later. It was midfielder’s stint at Dempo that caught the eyes of everyone as he was named best young Indian player of the season for two years in a row. Post this, Alwyn played in Indian Super League with FC Goa, Delhi Dynamos FC and later Bengaluru FC.

Excited to join the Stallions, George said, “It’s a great opportunity for me to play for a team which is ambitious and professionally managed at the same time. Also, it is an added advantage for me since I will play for a team from my home state.”

Poojari had started his football career in Mumbai. Soon he joined the youth team of Mumbai FC before being signed by East Bengal in 2015. His pace and fitness levels with East Bengal impressed national scouts that rightly got him national call for U23 and later senior side too.

Poojari felt ecstatic coming back to his home state. “I’m excited to join FC Pune City and play in the Indian Super League. To my mind, this is a good club from my state Maharashtra to play for and has a very professional management. It was a no-brainer for me to sign with them at the first chance I got. I am looking forward to making the most of the opportunities I get here at the club,” he said