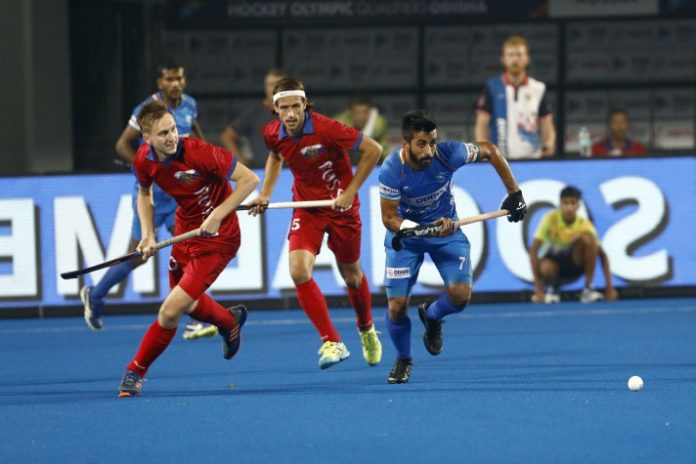 Eight-time winners India qualified for the 2020 Tokyo Olympics after thrashing Russia 7-1 (11-3 on aggregate) in the second game of the two-legged FIH Qualifiers for men at bhubaneshwar on Saturday.

The men’s team booked their tickets after the women defeated USA 6-5 on aggregate to qualify for the sporting extravaganza.

Our Olympic preparation starts on Sunday morning: Marijne after qualifying

The Indian men, ranked fifth in the world, had earlier defeated world number 22 Russia 4-2 in the first-leg on Friday.

Olympic Hockey Qualifiers LIVE Streaming: When and where to watch India’s men’s and women’s…

The Russians stunned India 25 seconds into the game when Sobolevskiy opened the scoring to reduce the goal difference to just one.