Over the years, Indian brands and business giants have come forward to promote sports through million-dollar sponsorships and partnership deals, not just in India but across the world sports.

Indian It majors such as HCL, Tech Mahindra and Tata Communications have put themselves at the forefront of digital innovations for some of the world’s top clubs and sports properties.

With HCL, ICICI bank and Apollo tyres as partners, Premier League giant Manchester United is leading among others in the ‘India connect’, having sponsorship and partnership deals with Indian brands and companies.

InsideSport brings to the readers some of the deals that put Indian businesses on the global sports business map. 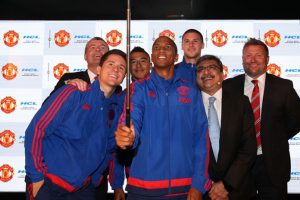 Just days after launch, the Manchester United Official app reached number one in the App Store’s sports category download charts in 68 markets around the world. The app is also top ten within the sports category in 123 markets.

The app was created by a dedicated project team from HCL Technologies and Manchester United, ensuring a truly collaborative approach to the project. The team not only built the new app and website but also created an advanced underlying platform that will give the club the ability to adapt as new technologies emerge. 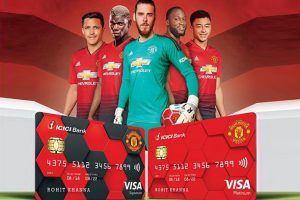 Indian banking and financial services company ICICI bank has announced a multi-year partnership with Premier League giant Manchester United that will see it launch a range of competitive co-branded credit and debit cards to the club’s 35 million Indian followers. 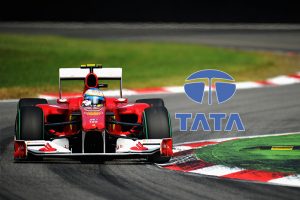 Tata Communications, a leading provider of The New World of Communications, have announced a multi-year technology service and marketing agreement with Formula One Management.

The agreement will see Tata Communications delivering world-class connectivity to all 20 Formula 1™ race locations over its global network, the largest in the world. It will also provide hosting and content delivery services to Formula1.com, which is accessed by tens of millions of fans around the globe. 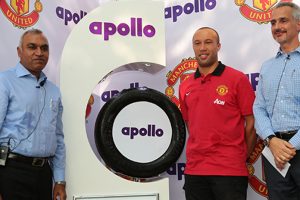 After completion of three years of regional association with Manchester United Football Club, which helped the company increase brand visibility across geographies, the two organisations have now inked a global sponsorship agreement for the next 3 years.

As part of the deal, Apollo Tyres will now be the official global tyre partner for the world’s leading football club.

Apollo will build “Go The Distance” football pitches made from recycled tyres in local communities across the UK and India, with the first being on site (as part of a fan zone/play zone) at Old Trafford. 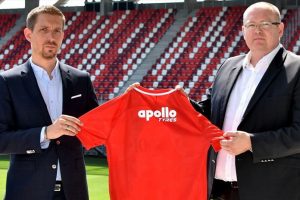 Apollo Tyres have signed a three-year sponsorship deal with DVTK, the leading sports club in Hungary. The football team of the club plays in the first division of the Hungarian League (Nemzeti Bajnokság I). DVTK is the largest sports club in the North East of Hungary and supports a host of teams including basketball, hockey, volleyball, table tennis, wrestling, chess and e-sports. Apollo Tyres will support both Women and Youth football across the region.

Apollo Tyres is the Global Tyre Partner for English Premier League clubs-Manchester United and Crystal Palace. It also sponsors Germany’s Borussia Monchengladbach. In India, it is the principal sponsor of Chennaiyin FC, in the Indian Super League (ISL), and in the I-League, it sponsors Minerva Punjab FC. 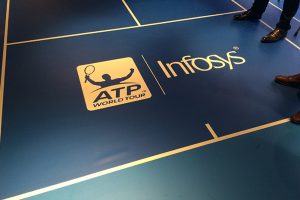 The IT giant will continue in its role as Global Technology Services Partner and Platinum Sponsor of the ATP World Tour and the prestigious season-ending Nitto ATP Finals, until 2020.

The extended partnership will see the ATP and Infosys working towards a new ATP World Tour app. The app will be developed with the aim of creating a best-in-class sports app, providing tennis fans with a new tool to follow and engage with ATP World Tour stars and tournaments throughout the season. 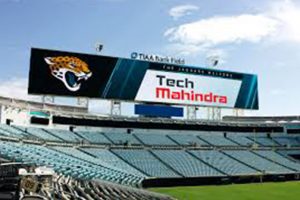 Tech Mahindra, a leading provider of digital transformation, consulting and business re-engineering services and solutions has announced a partnership with the Jacksonville Jaguars, a US football team.

As the Technology and Analytics Partner and Digital Strategy Partner of the Jaguars, Tech Mahindra will provide next-generation digital technology expertise, such as artificial intelligence and advanced analytics, to enrich the fan experience and create front office efficiencies.

Tech Mahindra has also committed to empowering the Northeast Florida community with technology awareness and education. Later this season, the Jaguars and Tech Mahindra will announce a contribution to local schools. 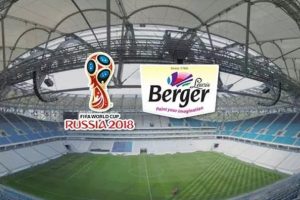 Rostov Arena, Volgograd Arena and Kaliningrad are three venues among the 12 stadiums that are holding FIFA 2018 World Cup matches in Russia are painted in the colours of the Indian paint brand – Berger Paints.  Berger Paints Russia completed this project in association with its local business partner Picante Paints & Varnishes. The weather-proof paint was used for both interiors and exteriors of all the three stadiums. 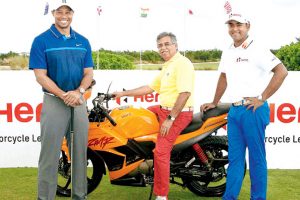 Hero MotoCorp had clinched the title sponsorship of the PGA Tour’s golfing event back in 2014 is the biggest-ever worldwide sports sponsorship association for any Indian brand. Hero World Challenge, the tournament is hosted by the Tiger Woods Foundation.

This is Hero MotoCorp’s biggest-to-date association with a marquee international sports event. The world’s largest two-wheeler company by volumes, which is aiming at a global role, hopes to bolster its bra brand building initiative with this international event.

Also Read: Kohli Number 1: Not just in Tests and ODIs rankings, see where else Virat…