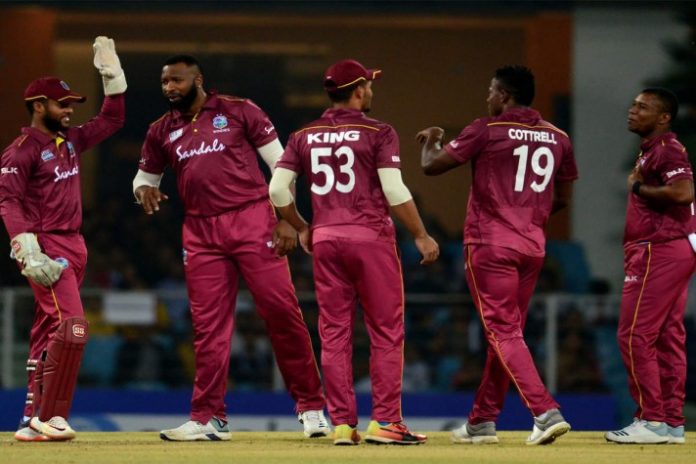 The West Indies on Thursday announced their ODI and T20 squads for the upcoming series of India, beginning next month.

Kieron Pollard will continue to lead both the ODI and T20 squads with Nicholas Pooran as his deputy in the shorter format and Shai Hope taking over the role of the vice-captain in the ODIs.

The selectors decided to keep faith with the players who recently played against Afghanistan in Lucknow.

West Indies, the reigning ICC World T20 champions, will begin their tour with the three-match T20 series, starting with the opening match in Hyderabad on December 6.

It will be followed by the second T20 in Thiruvananthapuram on December 8 and the third match is scheduled to be held in Mumbai on December 11.

The two teams will then meet in three ODIs in Chennai (December 15), Vizag (December 18) and Cuttack (December 22).

Coach Phil Simmons said: “We have three matches in each format, so we wanted to give each squad a chance to compete against India.

“No disrespect to Afghanistan, but facing India will be a more difficult series, especially in the ODI. Our players really the hang of thing with the 3-0 series win and I believe we will move from strength to strength.”

Talking about the T20 squad, Simmons said: “In the T20s this will be another chance for them to play and development, and again no disrespect to Afghanistan, this should be a stronger T20 country and we will look to see how they perform against India.

“The next World Cup is in Australia (2020) and the one after that is here in India (2021) so there is a lot of preparation to be done for first for Australia, so we have given the players here a chance in this series and we know we have players outside who may be coming in later on as well, so it’s good to give those here another opportunity.”