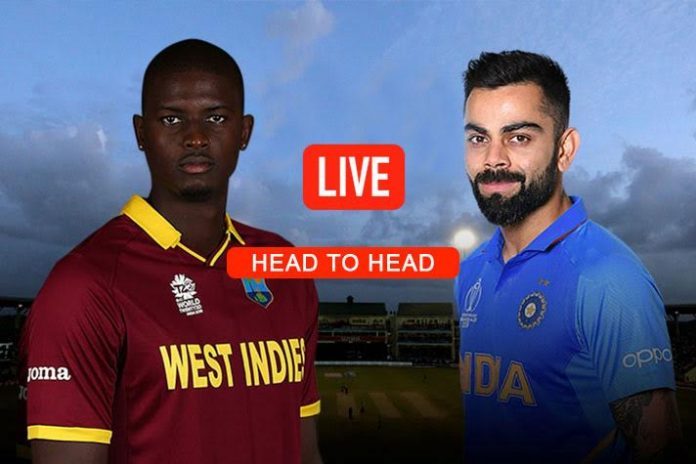 Team India will play the second ODI of their three-match ODI series at Port of Spain, Trinidad and Tobago. The action starts at sharp 7 pm IST at the Queen’s Park Oval, Spain, Trinidad tomorrow (Sunday).

Rain played spoilsport as the first one-dayer between India and the West Indies was called off after the home side scored 54 for 1 in 13 overs here on Thursday.

India and West Indies have faced each other many time before in the One-Day International format, both sides have played 128ODIs against each other, Out of these 128 matches India won 60 games and went down on 62 occasions so far. Thus Team India have the winning percentage of 49.2%,l while the Windies enjoying a slightly higher winning percentage of 50.8% till now. While the 2 games resulted tie and 3games got abandoned

West Indies have hosted the Men in Blue 37 ODI games before and it is the WI who has the higher winning stats as they have won 20 matches i.e, 58.82 %, while India emerged victorious on 14 games. Three games resulted without any result.

All the ODI matches will be broadcast LIVE and exclusive for Indian fans on Sony Sports Network channels – Sony Ten 1, Sony Ten 3, Sony Six, with simultaneous LIVE streaming on SonyLIV.