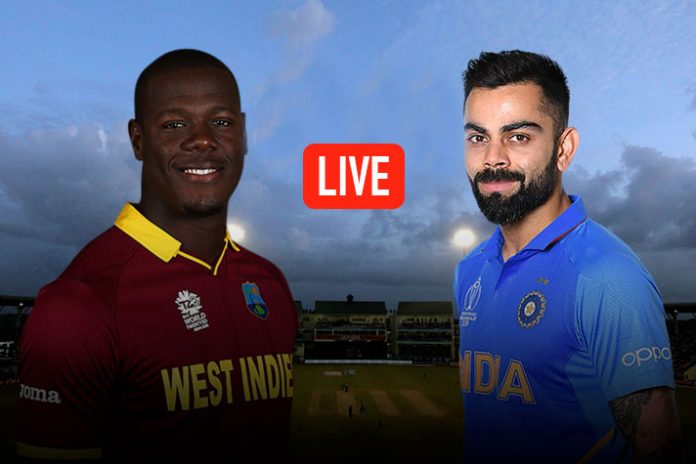 Series in their bag, Team India will take on the West Indies in the final match of the three-match T20 International series at Guyana. The action starts at sharp 8 pm IST at the Providence Stadium, Guyana tomorrow (Tuesday).

India won the weather-hit second match by 22 runs via Duckworth-Lewis method on Sunday to clinch the series with a game to spare yesterday.

Virat Kohli has hinted, India may experiment with their line-up in the final match against the West Indies, PTI reported yesterday.

“Winning is always going to be a priority. But sealing the series gives the chance to bring few guys in. Idea is always going to be to win first. But winning the first two games gives the cushion,” Kohli said during the post-match presentation ceremony. Shreyas Iyer and leg-break bowler Rahul Chahar stands a good chance to compete in the third Twenty20. It will not be a surprise if Deepak Chahar, cousin of Rahul, too finds a place in the playing XI.

All the T20I match will be broadcast LIVE and exclusive for Indian fans on Sony Sports Network channels – Sony Ten 1, Sony Ten 3, Sony Six, with simultaneous LIVE streaming on SonyLIV.