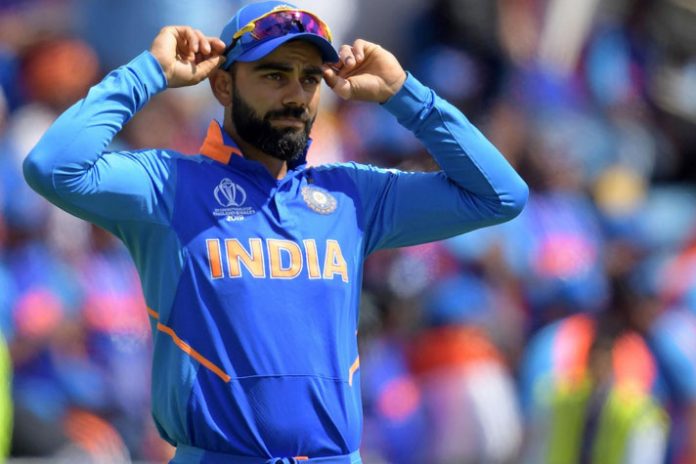 Team India skipper Virat Kohli has hinted at changes in the XI for the third and final T20 International against hosts West Indies at the Providence Stadium, Guyana, tomorrow.

Kohli has lauded his players for “clinical” performance and dropped hints that he may try out players, who did not get chance to play in the first two matches. Series in their bag, India may experiment with their line-up in the final match against the West Indies, skipper Virat Kohli has hinted. India won the weather-hit second match by 22 runs via Duckworth-Lewis method on Sunday to clinch the series with a game to spare.

Kohli lauded his players for “clinical” performance and dropped hints that he may try out players, who did not get chance to play in the first two matches.

The teams will now travel to Guyana for the final match, to played at Providence stadium on Tuesday.

Shreyas Iyer and leg-break bowler Rahul Chahar stand a good chance to compete in the third Twenty20. It will not be a surprise if Deepak Chahar, cousin of Rahul, too finds a place in the playing XI.

It remains to be seen if Kohli persists with wicket-keeper Rishabh Pant, who scored 4 and 0 in the two matches or gives him another chance. KL Rahul can replace him if the team management decides to drop Pant.

Talking about the second match, Kohli said the pitch was good to bat on early on. “The new ball was coming on nicely. We set up a good foundation. Good finish from Jadeja and Krunal to get us past 160. The way we were going, could have got to 180, but pitch slowed down considerably in the latter half,” he said.

The Indian skipper had words of praise for spinner Washington Sundar, who was asked to open the bowling in both the matches. The Chennai bowler succeeded in providing the breakthrough in both the games.

“Starting with the new ball, the way Sundar has bowled against guys who come hard at the ball, he’s done a tremendous job. The composure he’s shown has been outstanding. He’s become fitter, leaner and is very handy with the bat as well. He is definitely going to be a factor for us,” he said.

West Indies captain Carlos Brathwaite said his side could have won if the match could be completed.

Chasing a stiff 168, the Caribbeans were 98 for four in 15.3 overs when the match was stopped due to a thunderstorm.

“I really don’t think it went wrong. We didn’t have the start with the ball we wanted but we pulled it back. Had a solid base with the bat. We backed ourselves to get 70 off 26 even though it’s a difficult task,” he said.

“The target we had, we wanted Pollard to come in later. Our line-up is flexible enough. Batting wise, it’s a lot closer to where we want to be. Consistency is what we’re looking for. If we can continue restricting teams to 160 (that will be good),” he said.